Russian officials have said so-called "de-escalation zones" will be established in four areas in Syria. But Washington said the plan will not hinder the US-led coalition's fight against militants in the country. 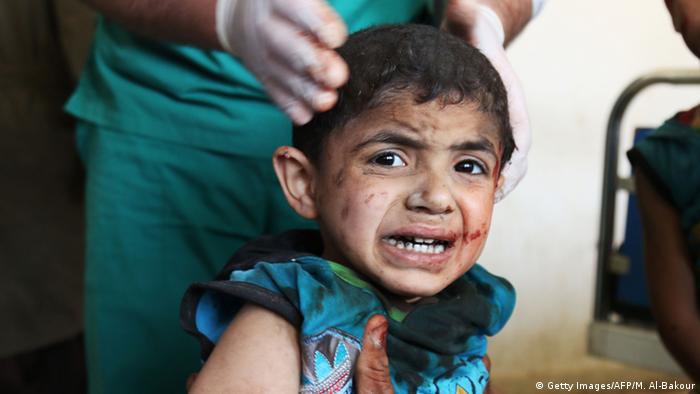 Russia's Defense Ministry said Friday that four safe areas, or "de-escalation zones," agreed to by Moscow and its allies in the region, will go into effect at midnight on Saturday in Syria, while noting that it will still be a month before all of the details are fully hashed out.

Shortly after going into effect, clashes erupted between Syrian government allied forces and rebels in the Hamas countryside.

The plan, which was agreed to by Russia, Turkey and Iran, establishes four zones located across eight of the country's 14 provinces. The first and largest includes Idlib province and the adjoining districts of Latakia, Aleppo and Hama. The second is in the north of central Homs province; the third covers the Eastern Ghouta area; and the fourth covers stretches of southern Syria, including Daraa and Quneitra province.

The three governments agreed to the plan during a meeting on Friday in Kazakhstan, where peace talks in the capital of Astana have been ongoing. Though the United Nation's Syria envoy, Staffan de Mistura, hailed the plan, members of the Syrian opposition cried foul, arguing that splitting the country into different zones jeopardized Syria's territorial integrity.

The opposition was also vocally against the participation of Iran, which it accused of fueling sectarian violence in the conflict, which has left some 400,000 people dead and led to massive displacement. 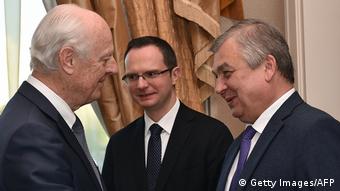 US will continue fighting

The Russian official who signed the plan said the "de-escalation zones," which are designed to bring relief to hundreds of thousands of civilians and encourage refugees to return, would bar military aircraft from the US-led coalition. The air force of President Bashar al-Assad, meanwhile, would also halt flights over the four zones.

But a spokesman for the Pentagon said the plan wouldn't impact the US fight against the so-called "Islamic State" (IS) terrorist group, saying it would continue its air campaign against the militants.

"The coalition will continue to target [IS] wherever they operate to ensure they have no sanctuary," said Pentagon spokesman Marine Maj. Adrian J.T. Rankine-Galloway.

US Secretary of State Rex Tillerson and his Russian counterpart Sergei Lavrov also spoke over the phone about "efforts to de-escalate the ongoing conflict in Syria and supporting the talks in Geneva to move the political solution forward" the State Department said.

Russia: Syria safe zones to be closed to US planes

The United States participates in separate UN-backed peace talks from those in Kazakhstan that have deadlocked despite several rounds of negotiations. A new round of talks is expected later this month.

The foreign ministers also discussed a first round of high-level bilateral diplomatic talks set to begin next week in a bid to reduce tensions on Ukraine, Syria and range of other issues.

Tillerson said last month in Moscow that the working group would look at "smaller issues and make progress toward stabilizing
the relationship, so that we can then address the more serious problems."

Relations between Moscow and Washington have been especially tense in recent weeks after the US military launched a missile strike at a Syrian government air base in the wake of a deadly chemical gas attack. One Russian official said Moscow was interested in restoring the coordination of air operations over Syria between the two countries, after the agreement was suspended following last month's tensions.

A meeting of the US, Russia and seven regional states has failed to reach an agreement on Syria. As the devastating conflict rages on, international actors involved agreed to more talks despite "different approaches." (15.10.2016)