Russia says it has foiled a militant attack in Moscow

Russian security officials say they have shot dead a man who was allegedly planning a mass shooting in Moscow. The man had links to a militant group in Syria, authorities said 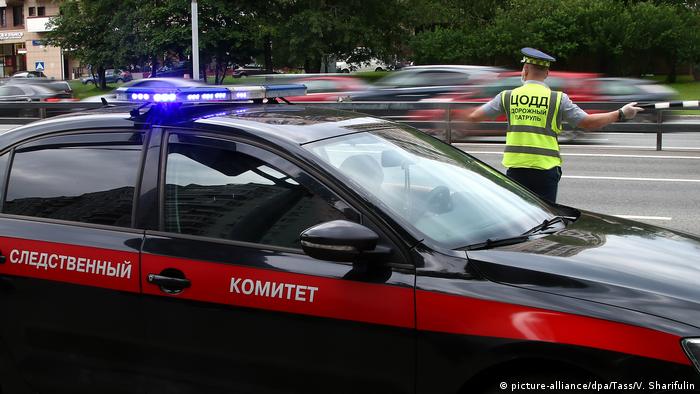 Russia's Federal Security Service (FSB) said on Monday that its officers had shot dead a man who was planning to carry out a mass attack in the Russian capital.

Footage shown by state-run TV station Rossiya 24 showed a man lying face down on the ground with a Kalashnikov assault rifle lying nearby.

According to the FSB, the man was shot dead when he opened fire on officers trying to arrest him on the outskirts of Moscow. Media reports said a bag containing hand grenades was found on the man.

The man, who the FSB said was from a Central Asian country, was said to have had links to a militant group in Syria.

The suspect's brother was also detained, the FSB said. According to the Russian Interfax news agency, he had informed the Interior Ministry two weeks ago of his suspicions that his brother was in contact with international terrorists. Interfax also said that a search of an apartment rented by the dead suspect had revealed evidence pointing to his connections with militants in Syria.

Security officials have said that thousands of people from former Soviet republics in Central Asia or from Russia's Muslim-majority North Caucasus region have been fighting alongside militant groups in Syria or Iraq.

An Islamist attack in 2017 claimed the lives of 15 people after a bomb went off in train carriage in the St. Petersburg metro.