Russia has said several areas of the Black Sea near the Crimean coast will be off limits to foreign warships, in an anticipated move that has drawn much criticism from NATO and Ukraine. 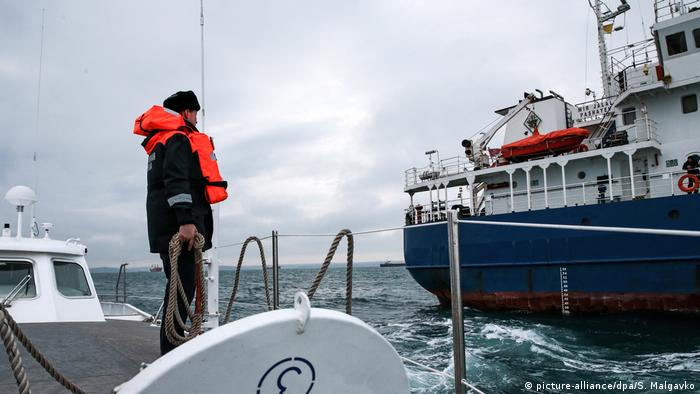 Russia claims the waters off Crimea as its territory

Russia closed off several areas of the Black Sea to foreign warships on Saturday, according to Defense Ministry statements reported by Russian media. The restrictions are due to last from April 24 until October 24.

The ministry said the restrictions would apply to an area along the Crimean coastline between Sevastopol and Gurzuf, an area near the Kerch Peninsula, and a small area near the western tip of Crimea, according to Russian news agency RIA.

Russia annexed Crimea in 2014, and claims the areas in question as its territorial waters. However, the annexation has never been officially recognized by the international community.

The move comes amid increased tensions between Russia and Ukraine. Russia pulled back its troops from Crimea and the Ukrainian border last week.

The Ukrainian Foreign Ministry said on Thursday that Russia's plan to close off parts of the Black Sea to foreign warships was illegal.

The move was criticized by the European Union, Ukraine and NATO. There are concerns Russia will use the restrictions to impede the passage of international shipping and put further pressure on Ukraine.

"Russia has a history of taking aggressive actions against Ukrainian vessels and impeding international maritime transit in the Black Sea, particularly near the Kerch Strait. This would be the latest example of its ongoing campaign to undermine and destabilize Ukraine," Pentagon spokesman John Kirby told reporters at a news conference last week.

Russia said its plan to restrict movement of foreign warships will not affect the nearby Kerch Strait, RIA reported on Friday.

The Kerch Strait is a crucial waterway connecting the Azov sea with the Black Sea. Closing it would have had a greater impact on regional trade, and ongoing Russia-Ukraine tensions.

Ukraine signed a 2003 accord with Russia that acknowledged the strait and Sea of Azov as internal waters of both Russia and Ukraine.

Germany and France have demanded "the immediate and unconditional release" of 24 Ukrainian sailors detained by Russia. But Russia has rejected the calls, describing them as unacceptable.

Last November, Russia seized three Ukrainian navy ships and captured dozens of sailors, sparking outrage in Ukraine. The case is now being heard at a UN sea tribunal in Hamburg, but Russia has vowed not to show.

The US ambassador to the United Nations announced the planned meeting on Twitter. Russia said it opened fire after the Ukrainian ships illegally entered its territorial waters on Sunday.