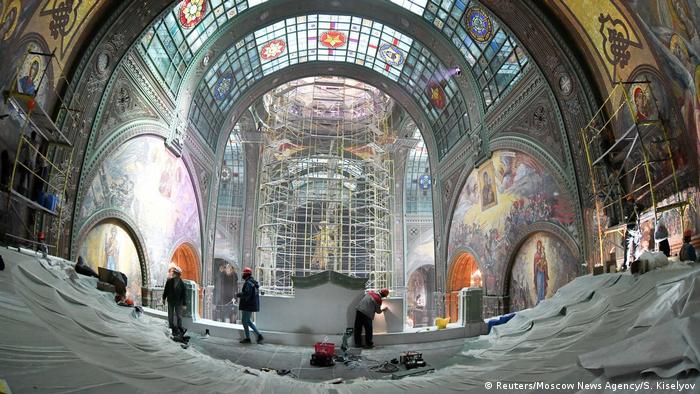 Intricate mosaics depicting Russian President Vladimir Putin and other high-ranking officials will not be put on display in a new Russian military church, officials confirmed late on Friday. The grandiose wall decorations faced objections from the Kremlin.

Another mosaic of former Soviet leader Josef Stalin has also been met with criticism but has yet to be officially removed from the church.

An image of the mosaic, which showed Putin alongside Defense Minister Sergei Shoigu and Foreign Minister Sergei Lavrov, was first made public in Russian media last week. While the Kremlin has not publicly commented on the mosaic, the decision to remove it apparently came from Putin himself.

Bishop Stefan of the church in question denied reports that the mosaic had been dismantled, but told Russian media that it had indeed been removed from display "in accordance with the wish of the head of state [Putin]."

According to a Kremlin spokesman, Putin thought it was too early to celebrate Russia's current leadership. Putin recently moved to alter the Russian constitution to potentially allow him to stay in power until 2036. 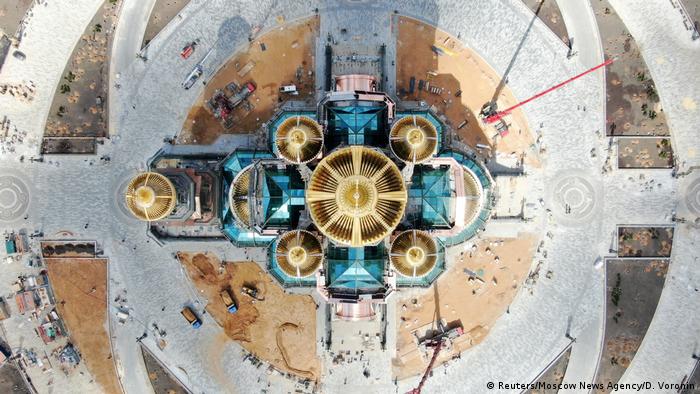 The new cathedral is dedicated to the Russian Armed Forces

The mosaic of Putin celebrated the controversial 2014 Russian annexation of Crimea. Another mosaic panel shows a group of women and reads "Crimea is ours."

Meanwhile, Vladimir Legoyda of the Synodal Department for Relations between the church and the media told Russian media that a second mosaic depicting former leader Josef Stalin should also be removed.

"With his name associated with many troubles in the lives of people who can not be crossed out of history," he told Russian radio program Faith, while acknowledging that the featuring of secular figures in churches is not abnormal. 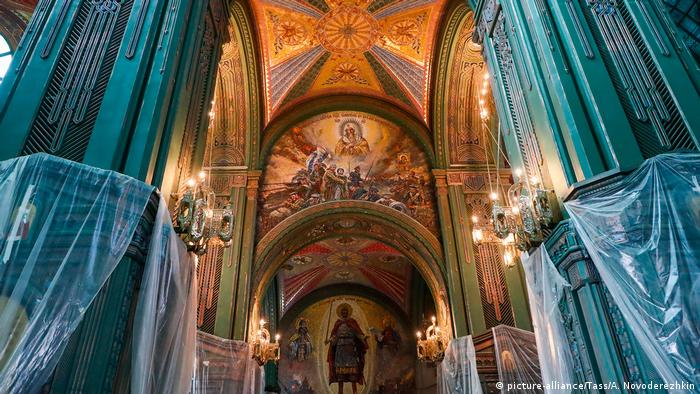 The massive military cathedral was scheduled to be opened during May to mark 75 years since the Soviet victory in World War II, but its opening is likely to be postponed because of the coronavirus pandemic.

The Russian annexation of Crimea has been condemned by many Western countries and led to several sanctions being slapped on Moscow.

Orthodox Christians worldwide celebrate Easter like no other amid lockdowns

More than 260 million Orthodox Christians have found ways to celebrate their holiest day as church pews remained empty. But not everyone abided by coronavirus rules, with thousands taking part in services regardless. (19.04.2020)

Measures to stop the spread of the coronavirus mean Russians can't take to the streets. But as the economic fallout from the pandemic hits, some are finding creative ways to express their anger at the government. (27.04.2020)

The two leaders issued a rare joint statement marking the 75th anniversary of US and Soviet forces meeting on Germany's Elbe river during World War II. They said the event showed how Russia and the US can work together. (25.04.2020)