Russia: Putin self-isolating after COVID-19 cases in the Kremlin

Russian President Vladimir Putin is in self-isolation after cases of the coronavirus emerged in his inner circle. He will skip a regional summit in Tajikistan that he was scheduled to attend later in the week. 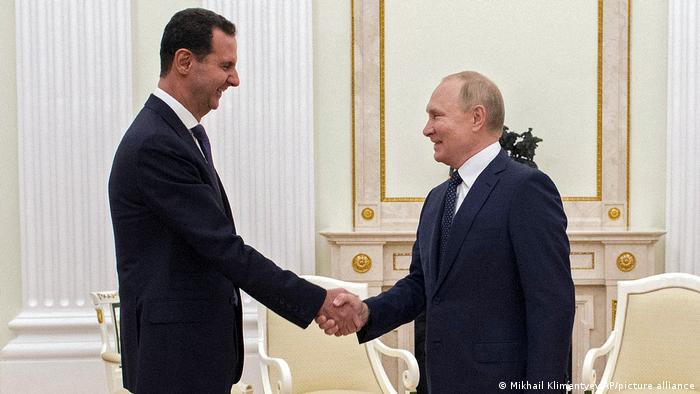 Russian President Vladimir Putin is self-isolating but is "absolutely healthy" after cases of the coronavirus were detected in his inner circle, the Kremlin said Tuesday.

The president was scheduled to attend a regional summit in the Tajik capital of Dushanbe later in the week, but will not attend in person. Putin informed the President of Tajikistan, Emomali Rakhmon, in a telephone call.

Tighter controls in the Kremlin

The Kremlin says it knows who has tested tested positive for COVID-19, but is not saying who that might be. The Kremlin says Putin has been fully vaccinated against COVID-19 with the Sputnik jab, with his second jab administered in April.

"Of course we know who fell ill in the president's entourage and the self-isolation does not directly affect the
president's work," Peskov told reporters.

Meanwhile, visitors have to pass through disinfection tunnels and journalists covering his engagements have had to be screened multiple times.

During his meeting with Paralympians, Putin said he "may have to quarantine soon." State news agency Ria quoted Putin, "A lot of people around are sick."