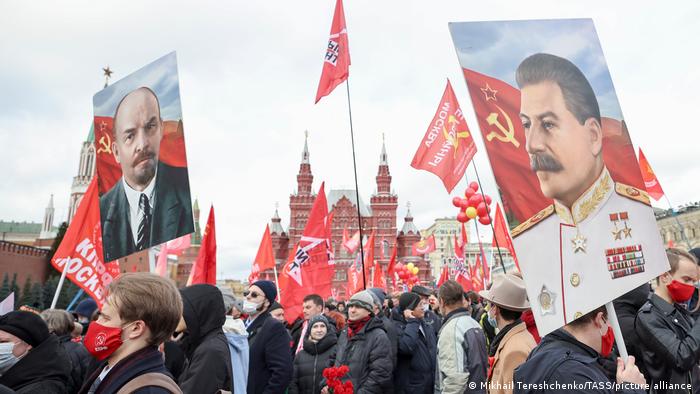 Memorial said it had been notified that prosecutors were demand its main offices be closed for violating the "foreign agents" law, charges the group claims are politically motivated.

Championing rights from within Russia

Born out of the "glasnost" reform era in the 1980s of the last Soviet leader, Mikhail Gorbachev, Memorial initially focused on Stalinist crimes. In recent years though, Memorial has been outspoken regarding the repression of opposition figures, rights activists, members of the media and others targeted by Putin's regime.

Two days ago, a post on the Memorial website noted the sharp increase in political prisoners in Russia, up to 420 from 360 last year, though the group said the actual number was likely much greater. 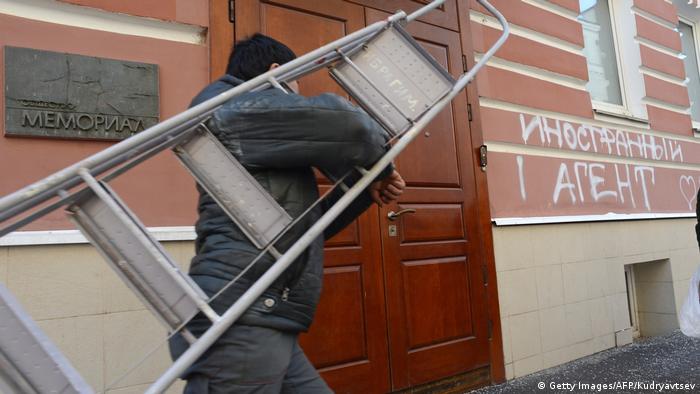 In 2013, Memorial's Moscow headquarters was spray painted with the words, 'a foreign agent'

Memorial's offices across Russia have been attacked in the past on several occasions.

The rights group said the case against it would be heard in court on November 25.

The Russian government placed Memorial on its "foreign agents" list back in 2015.

Memorial board member Oleg Orlov said the label, with its insinuations of espionage has left the group "in shock."

"On the other hand, this isn't surprising," Orlov said, adding, "In recent years, such wild things have been happening in Russia that this doesn't really elicit amazement."

The Kremlin says the foreign agent law is justified because Russians should know when NGOs, media outlets and others receive foreign money for political activities under the Kremlin's expansively broad definition. Putin's critics allege it's a pretext to silence or shutter independent charities and problematic people.