The Kremlin has said it will host leaders from Israel and Palestine for peace talks. The proposal comes shortly after Israeli academics accused Palestinian Authority president Mahmud Abbas for being a Soviet spy. 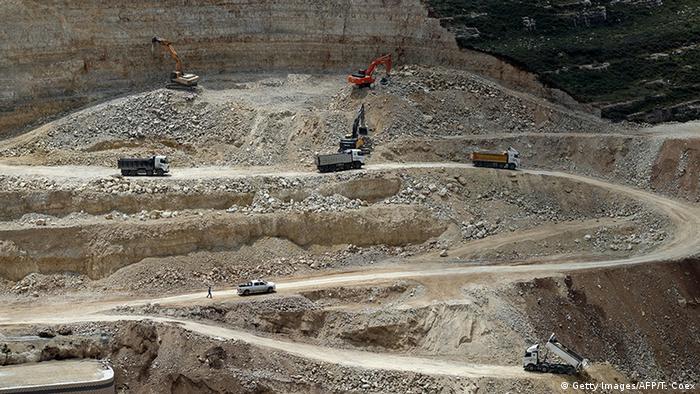 Russian Foreign Ministry spokeswoman Maria Zakharova said Israeli Prime Minister Benjamin Netanyahu and the Palestinian leader had accepted the invitation "in principle," but that no date had been set for the meeting. "The most important thing is to pick the right timing," she told reporters, adding that "intensive" talks were going on.

This is the Kremlin's second attempt at healing ties after Palestinian President Abbas reported on Tuesday that Israel had rejected an initial offer for talks. Washington welcomed Russia's efforts, saying it would be "supportive" of any kind of attempt to bring the two countries closer.

Meanwhile, a Palestinian court has postponed municipal elections for next month, considered a test for President Mahmud Abbas. The decision was expected to spike tensions between Hamas, which controls the Gaza Strip and Fatah, which has support from autonomous zones of the West Bank. The rift has also weakened 81-year-old Abbas claim as the representative of all Palestinians. 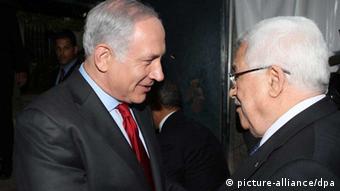 Abbas' past as a Soviet spy

Israeli academics meanwhile targeted the Palestinian leader, accusing him of working with the Soviet intelligence agency, the KGB, while living in Syria in the early 1980s. The professors made their accusations in a television interview broadcast in Israel on Wednesday evening. They said the information came from a collection of handwritten documents by Vasily Mitrokhin, a KGB operative who defected to Britain in 1992.

The program showed a document with Abbas' name, saying he was born in "Palestine" in 1935. It used the codename "Krotov," which in Russian means "mole."

President Abbas was originally born in British-administered Palestine in the same year. His family fled to Syria during the 1948 war around the creation of Israel. His hometown, Safed, is now in northern Israel.

Abbas was a top official of the Palestine Liberation Organization (PLO) in the 1980s, when Russia had close ties with Palestine and Syria. The documents said Abbas may have been recruited by the Soviet spy agency while doing his doctorate in the USSR. Russian President Vladimir Putin was a senior KGB official during this time, the researchers said.

One of the academics, Gideon Remez, said the archive was released to the public by Cambridge University only last year and that its credibility was very high. He said he decided to speak about it now because of the Russia's peace initiative and that he did not trust Putin to be an honest broker.

West Bank officials dismissed the interview as a smear campaign against Abbas. "The Israeli government and its surrogates are using smoke and mirrors to confuse the public and deceive the international community in order to derail any efforts to revive the peace process, while appropriating more Palestinian land and building new illegal settlements," government spokesman Jamal Dajani said.

The last time Israel and Palestine talked about their problems in earnest was two and a half years ago, with the US Secretary of State, John Kerry as their mediator. There is little hope of success with the latest initiative, with both Netanyahu and Abbas having varying views on key issues.

Abbas has demanded that Israel halt construction on lands claimed by Palestine and release prisoners. Netanyahu has refused to entertain any such requests, but has said he is ready to meet Abbas any time, anywhere, without any preconditions.

Palestinians want to establish an independent nation including West Bank, Gaza Strip and Jerusalem. These were captured by Israel during the 1967 war. Netanyahu has refused to go back to pre-war agreements on frontiers.

The Middle East Quartet - the US, Russia, the European Union and United Nations - has declared that a two-nation model is the only solution to the conflict. However, no timelines have been fixed for negotiations. (01.07.2016)

Israel has bolstered security in a major crackdown around Hebron that is affecting tens of thousands of civilians. The lockdown comes in response to two recent attacks on Jewish settlers. (03.07.2016)