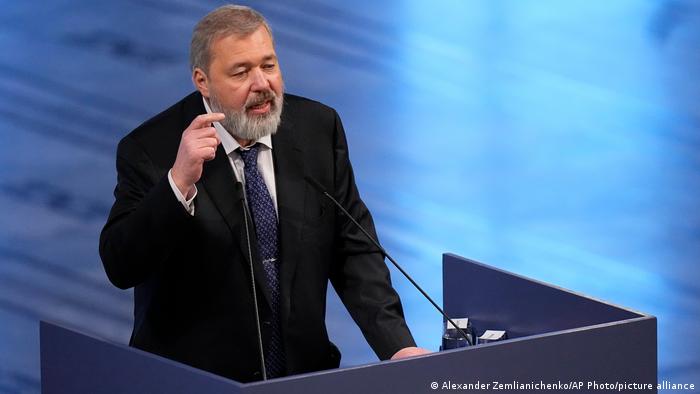 Novaya Gazeta, one of Russia's last remaining independent newspapers, announced on Monday that it was suspending publication "until the end of the 'special operation on Ukraine's territory.'"

The investigative newspaper, edited by Nobel Peace Prize winner Dmitry Muratov, reported that it had received its second warning from the state communications regulator, Roskomnadzor, about its reporting on the Ukraine war.

"We are suspending the publication of the newspaper on our website, social media networks and in print until the end of the 'special operation on Ukraine's territory,'" the newspaper announced on its website.

In a separate message to readers, Muratov and his reporters said the decision had been difficult but necessary. "There is no other choice," the note said. "For us, and I know, for you, it's an awful and difficult decision."

The state media regulator said it had given Novaya Gazeta the renewed warning for failing to properly identify an organization deemed a "foreign agent" by the authorities in its publications, according to comments in Russian news agencies. 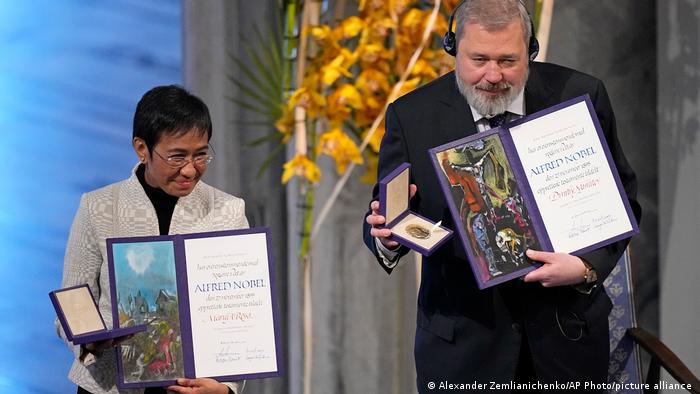 Pressure against liberal Russia media outlets has been mounting since the Kremlin sent troops into Ukraine on February 24. Most mainstream media and state-controlled organisations stick closely to the language used by the Kremlin to describe the conflict.

Russian journalists have been to forbidden to use terms such as war, invasion and attack to describe what's happening in Ukraine, instead instructed to call it a "special military operation."

President Vladimir Putin recently signed a bill into law introducing jail terms of up to 15 years for publishing "fake" news about the Ukraine war.

The newspaper's announcement comes after one of the few remaining liberal voices in the Russian media, radio station Ekho Moskvy, closed.

Authorities have also blocked the websites of several outlets, including DW, the BBC, Voice of America and Radio Free Europe/Radio Liberty.

Also on Monday, Russia's Justice Ministry added Deutsche Welle to a list of media organizations it has labeled as foreign agents.