The Russian Football Union will most likely be fined by UEFA after Russian fans attacked England fans in Marseille, a Russian minister has said. This comes after one of the worst days of football violence in decades. 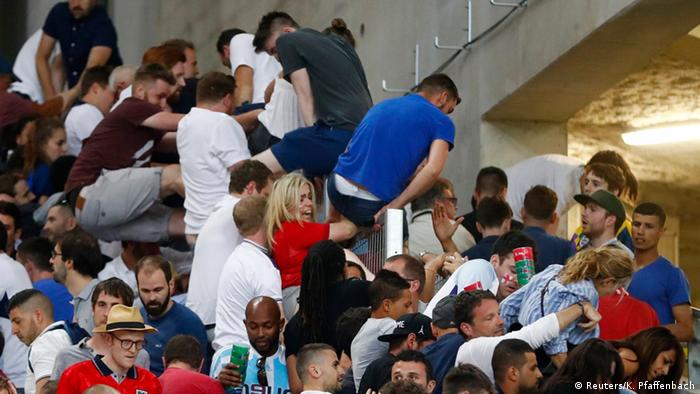 Russian Sports Minister Vitaly Mutko said the option of a fine was most likely following clashes between England and Russia fans after the Euro 2016 match in Marseille, R-Sport news agency reported.

"We will have a fine from [European soccer's governing body] UEFA, so I understand. We behaved incorrectly," Mutko said. Russian officials will also investigate what happened, he added, noting what he said were "many nuances."

UEFA smart after the fact

UEFA said on Sunday it had launched disciplinary proceedings against the Russian Football Union after its fans assaulted their English counterparts at the end of Saturday's match.

UEFA in a statement expressed what it called its "utter disgust for the violent clashes that occurred in the city center of Marseille and its serious concern for the incidents at the end of the match inside Stade Velodrome."

"This kind of behavior is totally unacceptable and has no place in football," UEFA said, adding that a decision on sanctions would be made within days.

A UEFA spokesman also said that security personnel would be increased at subsequent matches to segregate rival fans inside stadiums.

This after Russian fans appeared almost without resistance to breach a thin police cordon separating them from the England fans on Saturday evening.

The spokesman said higher numbers of personnel would be particularly at the higher risk matches, such as Sunday's Turkey-Croatia fixture in Paris. 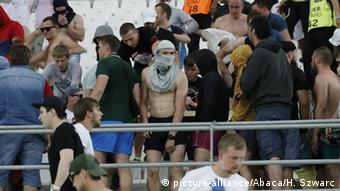 Earlier, Mutko claimed there had been "no clash...that's being exaggerated; in fact, everything is fine here."

Mutko, who has been accused by the World Anti-Doping Agency of complicity in a state doping program, called the charge "laughable."

"When the match ended, there was no barrier between the fans. The British were upset, of course, but it all quickly dissolved.

"Such matches should be organized properly. It is necessary to separate the fans. The bad thing is that there were firecrackers and flares," Mutko said.

UEFA to investigate the violence

UEFA will now examine how Russia will be punished for the violence of supporters in Marseilles.

The two sets of supporters were involved in clashes with each other, locals and police in the three days before of the match Saturday.

The main focus of the UEFA probe will likely be the violence that erupted at the end of the game after Russia's injury time equalizer in the 1-1 draw at the Stade Velodrome.

Russian fans appeared to attack English supporters sitting in neighboring blocks, forcing many of them to flee.

UEFA provided no further details on the investigation.

Russia had been handed a suspended six-point deduction for fireworks thrown and illicit banners displayed in 2012, but deducting World Cup points would be difficult as they are 2018 hosts.

"I can't really comment on what's gone on. But, clearly, that's not good to go hand in hand with football," Russia trainer Leonid Slutsky said.

"What problem did we have in the qualification campaign? What problems did we have? I don't remember that situation with the six points. I think you're mistaken there. I don't think there was a six-point suspended sentence."

UEFA also faces questions about the handling of security at the game over the lack of barriers separating the two supporter groups. 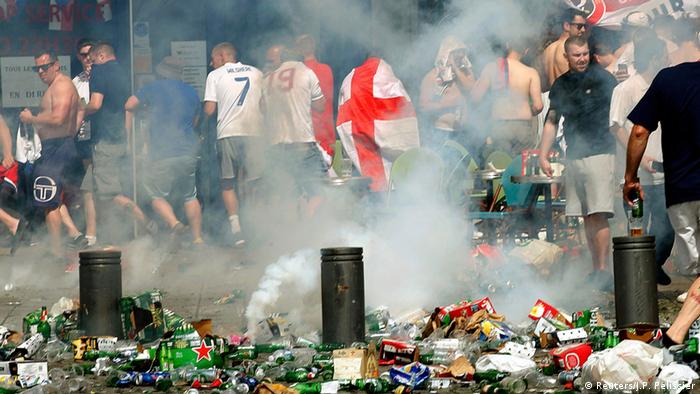 The UK's shadow Interior Minister Andy Burnham said England fans had been "let down by a minority," who may have been provoked but were "not blameless." Burnham said that when the terror threat in France was taken into account, it made the "behavior of these England 'fans' even more embarrassing."

About 20,000 English fans travelled to Marseille, despite warnings from British ministers of a possible terrorist attack.

US militias want to 'blow up' Capitol, police chief warns 0m ago

Niger: 2 killed in protests against election results 1h ago