Russian courts handed out some of the longest sentences to opposition protesters since rallies began this summer. The demonstrators are demanding free and fair elections in a Moscow legislative vote. 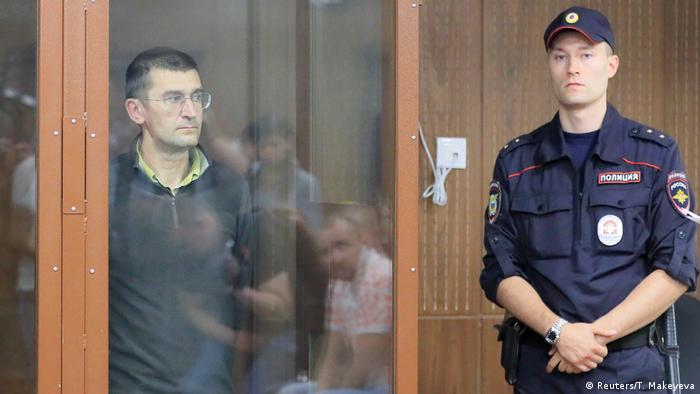 Kirill Zhukov, 28, was sentenced to three years in prison for attacking a police officer.

Investigators said Zhukov hit a police officer during an unsanctioned protest on July 27, causing the officer "physical pain." A video circulated widely on social media showed Zhukov lifting up the visor of a National Guard officer.

Another Moscow court sentenced 48-year-old Yevgeny Kovalenko to three and a half years in prison for throwing a garbage can in the direction of police officers during the same protest.

Investigators accused Kovalenko of grabbing a police officer by the bullet-proof vest while others were being detained. Kovalenko denied the charges, saying he was attempting to assist other protesters to avoid violent detentions.

Protests over a September 8 local election in Moscow are the biggest the country's seen in years, and the jail terms handed down to the protesters are some of the harshest since protests erupted earlier this year. 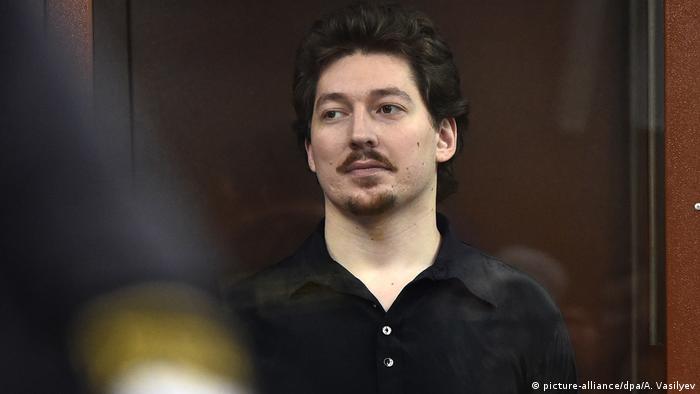 Kirill Zhukov, charged with assaulting a police officer during an unauthorized rally in Moscow on July 27, 2019, during the verdict announcement in Moscow

The opposition has denounced the jail terms, saying that the sentences were clearly disproportionate.

The charges come a day after two other people were sentenced for attacks on police at the July 27 unsanctioned protest demanding free and fair elections.

Police briefly detained more than 1,400 people at the protests over the summer and launched criminal investigations.