New "medical conditions" listed in Russia's driving restrictions will deny transgender people a driving license. The LGBT community has continued to be targeted in Russia in recent years. 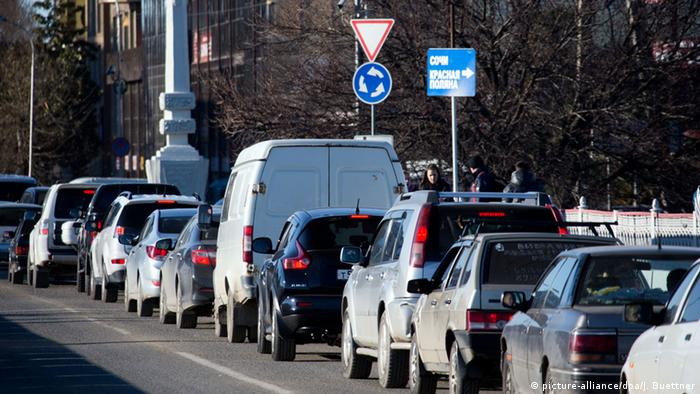 The "medical deviations" include a list of "personality disorders and behavior in adulthood," which covers all transgender people, bi-gender, asexuals, transvestites, cross dressers and people seeking sex reassignment.

Among the "mental disorders" which now restrict people from obtaining a Russian driver's license are voyeurism, fetishism and exhibitionism.

People shorter than 150cm tall are also included on the list, as well those with hereditary eye diseases, and people "diagnosed" with "pathological" gambling and compulsive stealing habits.

The Russian government said it has increased its stringent medical controls for drivers due to a high rate of road accidents.

The Association of Russian Lawyers for Human Rights has criticized the Russian government's decision to adopt the law, describing it as "discriminatory." It also intends to demand clarifications from the Russian Constitutional Court and seek support from international human rights organisations.

Homosexuality remains a taboo in Russia. Coming out has become even more difficult since June 2013, when a law was adopted prohibiting the so-called "propaganda" of non-traditional sexual orientation among minors.

Increasing numbers within Russia's LGBT community are applying for asylum in other countries as they feel threatened in their home country, with many experiencing physical attacks.

However, seeking asylum as a homosexual can prove to be difficult as the applicant not only has to prove they are being persecuted due to their sexual orientation in their home country, but also that the government is either not able to or is not willing to protect them.

As Russia's first Games for homosexual and transgender athletes were set to open, the organizers have now faced unforeseen - and yet not quite unexpected - problems. (26.02.2014)

Singapore's Prime Minister Lee Hsien Loong announced that his country will decriminalize sex between men. However, the city-state's legal definition of marriage, as a union between a man and a woman, won't be changed.