The Russian parliament has passed a controversial law against disseminating 'homosexual propaganda' to minors. Human rights activists and gay and lesbian associations are criticizing the action. 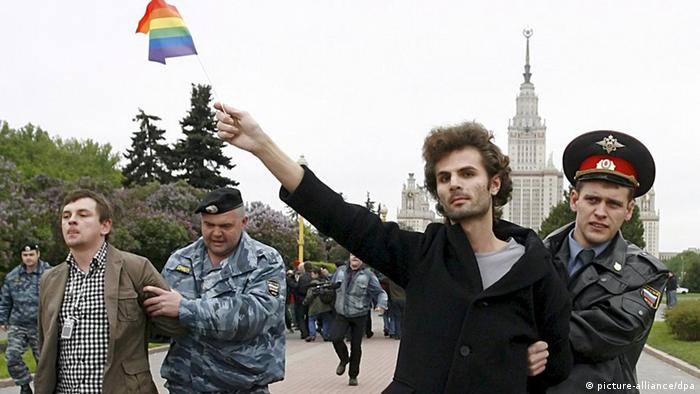 The second reading is to take place in the spring, said Elena Mizulina, chair of the Committee for Family Affairs. Until that time, proposals for changes will be collected from lesbian and gay organizations, she said. Final passage of the law would occur in the fall, added the delegate from "A Just Russia" party.

The legislation was submitted to the State Duma, Russia's lower house of parliament, by the Novosibirsk region in late March 2012. The bill foresees changes to the current laws regarding minor infractions. Similar ordinances are already on the books in St. Petersburg as well as the regions of Ryazan, Archangelsk, Kostroma, Novosibirsk, Samara, Magadan, Krasnodar and Bashkortostan.

The Council of Europe has criticized the legislation, saying that local ordinances in St. Petersburg and other Russian cities have been used to imprison homosexuals and bisexuals. The ordinances violate not only freedom of speech, but also the freedom of the press, the council said. 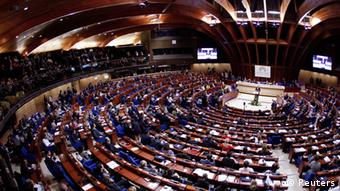 The Council of Europe has sharply criticized the legislation

Furthermore, schoolteachers may face restrictions when it comes to subjects such a sex education, said Hakon Haugli, rapporteur for lesbian, gay, bisexuals and transgender (LGBT) issues at the Parliamentary Assembly of the Council of Europe. Human rights organizations such as Amnesty International have also criticized the ordinances.

"There is no legal definition in the Russian law of what constitutes 'propaganda of homosexuality' and the law could be interpreted very loosely," Amnesty's David Diaz-Jogeix said. The human rights organization fears that "promoting" could be arbitrarily interpreted and then used to discriminate against LGBT people.

The Russian parliament's Committee for Family Affairs has proposed a more precise definition of the concept. According to the committee, "homosexual propaganda" includes events organized by homosexuals in public places to which children have access. Furthermore, positive comments about homosexual relationships made on television or radio during times when children are tuning in would also be punishable.

Since the ordinances were implemented in St. Petersburg in early 2012, more than 20 LGBT activists have been temporarily taken into custody, Igor Kochetkov, the chairman of Russia's LGBT Network, said.

"All of the cases are directed against human-rights activists who were campaigning against the discrimination of people with a different sexual orientation," Kochetkov told DW.

A fine has already been imposed in one case. In April, activist Nikolay Alexeyev stood alone in front of the city's Smolny Cathedral and held a sign that quoted Soviet actress Faina Ranevskaya. 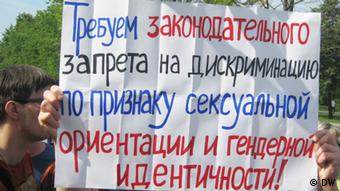 "Homosexuality is not a perversion," the sign read. "Perversion is hockey on grass or ballet on ice."

Kochetkov indicated that since the ordinances have been on the books in various Russian regions, young people have increasingly turned to the LGBT Network.

"Gay teenagers are isolated in their schools," Kochetkov said. "There are many cases of suicide." A national law would "legalize a witch hunt" and only make the situation worse, he added.

Human rights activist Lyudmila Alexeyeva, chairwoman of the Moscow Helsinki Group, also considers the planned national law to be discriminatory and hopes that parliament will reject it.

"It is no secret that our Duma is not independent in its decisions," Alexeyeva said. "The Duma consults with the Kremlin, and the Kremlin knows full well that such a law does not bring any honor to Russia."

Alexeyeva fears that should the legislation pass parliament, there will be no public resistance. 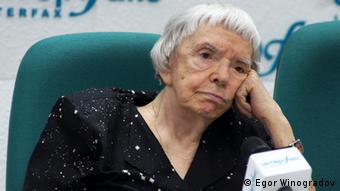 "Very much to the contrary," she said. "While it doesn't shed a good light on Russia's leadership in the eyes of global public opinion, the majority of the Russian population likes this law. In our society, homophobia is widespread. There is no understanding that homosexual people are like you and me."

"I consider this law to be a restriction of free speech as well as restriction on the ability of people to campaign for their rights," Löning, a member of the pro-market Free Democratic Party (FDP), told DW. He called on the Russian parliament "not to pass the law."

A good year for European justice

Last year was a remarkably good year for the European Court of Human Rights, Dean Spielmann, its president says. The court's 2012 statistics show that the number of complaints went down for the first time. (25.01.2013)