The Kremlin has denied reports about the blackmail of future US president Donald Trump. Many of the Russian officials mentioned in an alleged intelligence dossier have called it a fabrication. 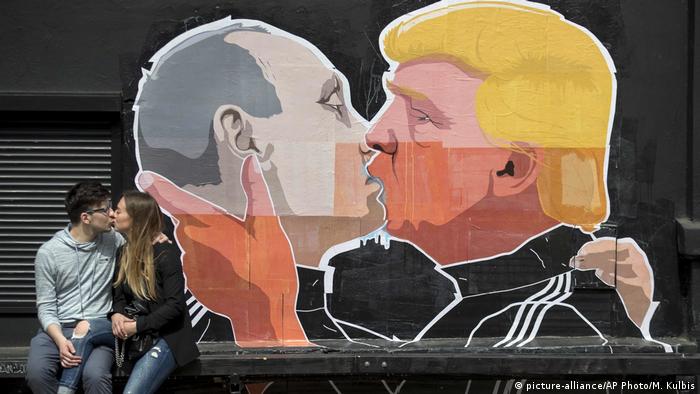 "It is an obvious attempt to harm our bilateral relations," he said.

The story has been presented in state and pro-government media as a hoax.

Several US media outlets reported that the Kremlin allegedly had compromising material on Trump, including details about his private life and business connections with Russia. The source was apparently a dossier drawn up by a former British intelligence agent. The report was commissioned by anti-Trump Republicans, and later Democrats. US intelligence officials told outlet CNN on Tuesday that they thought the British agent was "credible."

"Russia has never tried to use leverage over me," the president-elect tweeted later on Wednesday. "I have nothing to do with Russia - no deals, no loans, no nothing!"

Several other people, including those mentioned in the dossier, have also denied the allegations. Konstantin Kosachev, Chairman of Russia's Upper House committee for foreign affairs, was cited as an "important figure."  The Russian politician wrote on Facebook that the dossier was faked by either political agitators or US intelligence agents who should resign. 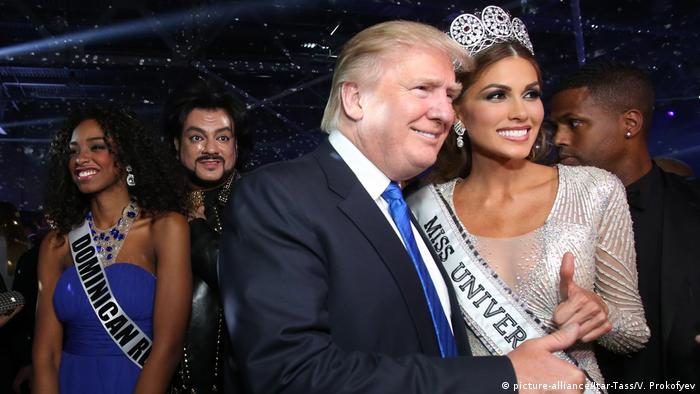 Trump traveled to Russia in 2013 for the Miss Universe competition

The Moscow newspaper "Moskovskij Komsomolets" (MK) published a translation of the dossier, which first appeared in the American media outlet "BuzzFeed." In one section, there is a description of how a Trump representative met a Kremlin contact in Prague. The man's name is stated as Oleg Soloduchin. In a statement to MK, Soloduchin, who actually does work in Prague, said this information was "fabricated from beginning to end."

Experts in Moscow claim that the current US government is deliberately trying to undermine early relations between Russia and Trump. The future president has often referred to Russia and Putin in a positive manner and expressed a desire for a rapprochement.

One of the first people to comment was Nikolay Kovalyov, former head of the FSB, Russia's domestic intelligence agency.

"Of course there is no kompromat," he told the Interfax news agency. The word "kompromat" in Russian means "compromising material."

"Why collect compromising material about someone who came here for a beauty pageant?" asked Kovalyov, referring to Trump's visit to Moscow in November 2013 for the finale of the Miss Universe beauty pageant.

When news of an allegedly compromising video with Trump came out, it drew parallels with past political scandals in Russia.

Secretly shot scenes of peoples' private lives have a long tradition in the country. The most famous case dates back roughly two decades, when then prosecutor general of Russia, Yuri Skuratov, stepped down after a video of him having sex with two women was shown on television. Just before the broadcast, he had initiated investigations into explosive cases involving high-ranking officials.

In his first press conference in nearly six months, Donald Trump has said he thinks Russia was behind US election hacking. The US president-elect also said he handed over "complete" control of his business to his sons. (11.01.2017)

Jeff Sessions, Donald Trump's choice for attorney general, has addressed concerns surrounding his political objectivity during confirmation hearings. He also said he doesn't back a ban on Muslims entering the US. (10.01.2017)

Reports in the US media indicate deep ties between Donald Trump and Moscow and claim that Russia had material it could use to blackmail him. Moscow rejects the claim as a "complete fabrication." (11.01.2017)