Sessions has ′no reason to doubt′ that Russia interfered in presidential elections | News | DW | 10.01.2017 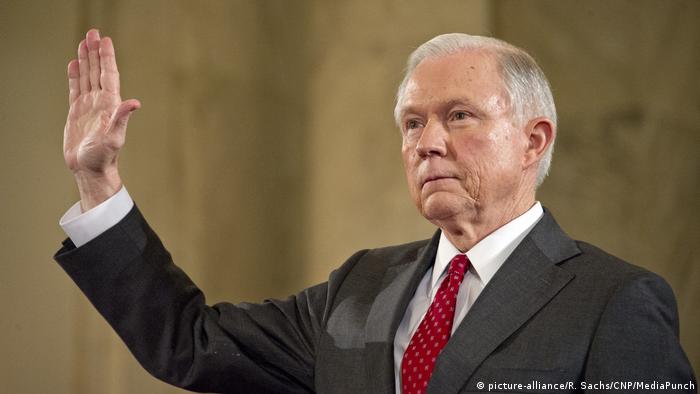 During his testimony before the Senate Judiciary Committee in Washington on Tuesday, conservative Alabama Senator Jeff Sessions promised to ensure law and order as the leader of the Justice Department.

Sessions addressed concerns surrounding his political objectivity, noting that an attorney general "must be willing to tell the president 'no' if he overreaches" and that he would resign if requested to undertake something illegal or unconstitutional.

"I have no reason to doubt that and no evidence of anything otherwise," Sessions stated during his testimony.

During the opening part of the hearing, Sessions promised to uphold Roe v. Wade, the landmark abortion ruling from 1973, despite his personal opposition to the ruling and his view that the law "violated the constitution." After a mid-hearing break, Sessions' reaffirmed his commitment to protecting a woman's right to a legal abortion despite his personal pro-life stance. 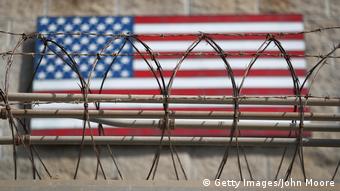 With respect to the closure of Guantanamo Bay, a goal of the outgoing Obama administration, Sessions advocated keeping the military detention camp open.

However, he condemned waterboarding as "absolutely improper and illegal."

This could set Sessions up to clash with Trump should the latter try to reintroduce the practice or other torture techniques.

No to a Muslim ban

Sessions also promised to tackle illegal immigration. He stated he does not support a ban on Muslims entering the United States, a policy proposal that played a prominent role during Trump's presidential campaign.

At the same time, Sessions said that both he and Trump believe that individuals can be prevented from entering the United States, should they come from countries known to harbor terrorists.

Sessions was also forced to defend receipt of awards from groups and think tanks that have espoused strong views on Muslims and immigrants.

Last year, Sessions received a Keeper of the Flame Award from the Center for Security Studies, whose founder, Frank Gaffney, had previously warned that the Muslim Brotherhood is infiltrating the federal government to install Islamic law in the US. While Sessions said he was honored to receive the award, he insisted that did not mean he agreed with everything the group stands for.

In a new twist to the Hillary Clinton email saga that doggedly affected the Democratic candidate's campaign, Sessions promised to recuse himself from any investigations related to the issue and to instead appoint a special prosecutor. This decision is due to comments the senator made pertaining to the situation, he told the Senate Committee. 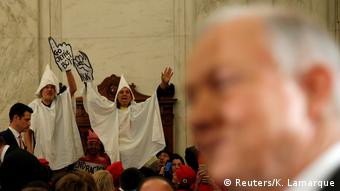 Sessions' confirmation hearing was interrupted multiple times by protesters who were subsequently escorted out of the chamber by security.

Many of the disruptions alluded to Sessions' record on civil rights, such as an early Tuesday morning interruption from two men dressed as Ku Klux Klan members who yelled, "You can't arrest me, I'm white!" and "White people own this government!" Others shouted, "No trump, no KKK. No fascist USA!"

In 1986, accusations of racially insensitive statements led the Senate to block Sessions' nomination to a federal judgeship. Sessions directly addressed these charges in the hearing, calling them "damnably false."

"This caricature of me in 1986 was not correct," Sessions said. "I abhor the Klan and what it represents and its hateful ideology," he added, also highlighting his successful prosecution of a Ku Klux Klan member for the murder of a black man, among other civil rights cases.

Sean Spicer, a spokesman for Trump's transition team, called on Democratic leaders to denounce the protesters' "left-wing tactics" the way Trump was asked to denounce "random individuals" who supported him during the presidential campaign. While declining to clarify who these "individuals" were, Spicer was likely alluding to the likes of white supremacist David Duke, who endorsed Trump during the campaign. The president-elect was criticized for the manner in which he distanced himself from Duke.

Meryl Streep's anti-Trump speech at the Golden Globes didn't stay uncommented by the President-elect. The fact that he simply needs to react to any criticism sparked a series of reactions by other fellow stars. (10.01.2017)

Jared Kushner, the son-in-law of President-elect Donald Trump, has been appointed as a senior White House adviser. Transition officials have said Kushner will divest himself of large swathes of his commercial holdings. (09.01.2017)