The environmental group Ecodefense is being targeted by the Russian authorities for refusing to comply with a law that was heavily criticized internationally. Now its director, Alexandra Korolyova, has fled to Germany. 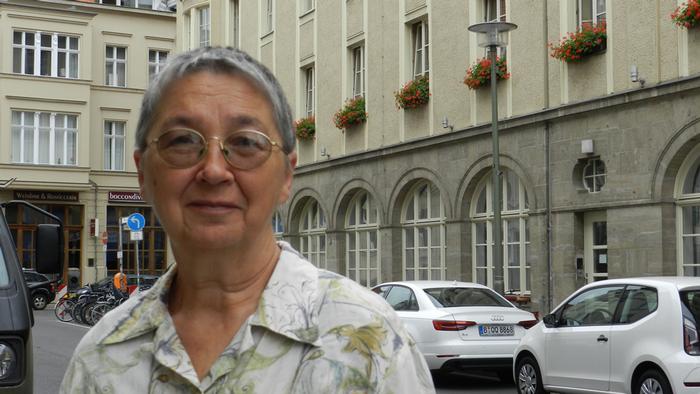 "Criminal proceedings have been initiated against me in Russia – I'm facing a possible two-year prison sentence," Alexandra Korolyova told DW. Korolyova, from Kaliningrad, is the co-founder and director of the environmental organization Ecodefense, the oldest of its kind in Russia. In late May, five cases were opened against her in Russia in the space of just 10 minutes. She was accused of "malicious failure to comply with a court order" and decided, as a result, to request political asylum in Germany.

Ecodefense was founded 30 years ago. The small group has already succeeded in preventing the construction of a new nuclear power station near Kaliningrad among other things. Recently it joined forces with other environmental organizations and managed to stop the opening of a new mine in the Siberian coal region of Kuzbass.

Korolyova is convinced that her organization is being persecuted for political reasons. "The criminal proceedings were initiated because we, as an organization, do not comply with the 'foreign agents law'," the activist said. "But that decision was made on principle immediately after we were included in the list of foreign agents."

Read more: The world at 3 degrees: What it means for 5 cities

Since 2012, all nongovernmental organizations (NGOs) in Russia that receive financial support from abroad must register with the authorities as "foreign agents," which means considerable restrictions are being imposed on their activities. They are fined if they do not comply. NGOs that continue their activities despite the registration are stigmatized, both by the authorities and among a large part of the population, meaning they receive hardly any support. When the law was first introduced, it was sharply criticized by many in the international community.

Ecodefense was put on that list in 2014, but even then the organization refused to comply with the law. Korolyova also says that it doesn't declare any income in the annual audit, or in the quarterly statement of accounts, which the law requires it to submit. She believes that the legal requirements are pure chicanery.

"We don't act on the orders of foreign foundations. We only receive money to carry out our work, because it's almost impossible to raise funds for environmental or human rights activities in Russia," Korolyova says. "On top of this, the law forces every organization to print "foreign agent" on all its publications, whether books, websites, posters, magazines or visiting cards. We didn't do that, either," she told DW.

Lawsuit against Russia in Strasbourg

The Russian Justice Ministry kept imposing fines on Ecodefense. These eventually totaled 2 million rubles, or almost 30,000 euros. "The fines were imposed on the organization, but the criminal proceedings were instigated against me personally, as the director," Korolyova explains. She emphasizes that Ecodefense is not working against the Russian state; rather, it's campaigning for people's right to a healthy environment.

Ecodefense has added its name to a lawsuit against the Russian government. "We and a number of other organizations – there are 61 of us now – have lodged a complaint with the European Court of Human Rights in Strasbourg and presented a comprehensive report about the effects of the ‘foreign agents law'," she said. The case is still ongoing in Strasbourg. Asked when she might be able to return to Russia, Korolyova says, "When the criminal proceedings against me have been completely dropped."

Vladimir Putin has talked about global warming's toll as Siberia's Irkutsk region struggles to recover from floods. But there's a simple reason why Russia won't get behind climate protection policies, says Andrey Gurkov. (06.07.2019)

The Bikin River Valley, home to Russia’s last remaining virgin coniferous forests, is under threat. With the help of the local population, efforts are underway to preserve the green cover. (08.04.2013)