The Russian military have said they have found evidence rebel fighters used chemical weapons in Aleppo. Russia is preparing for a major offensive in rebel-held eastern Aleppo along with the Syrian government. 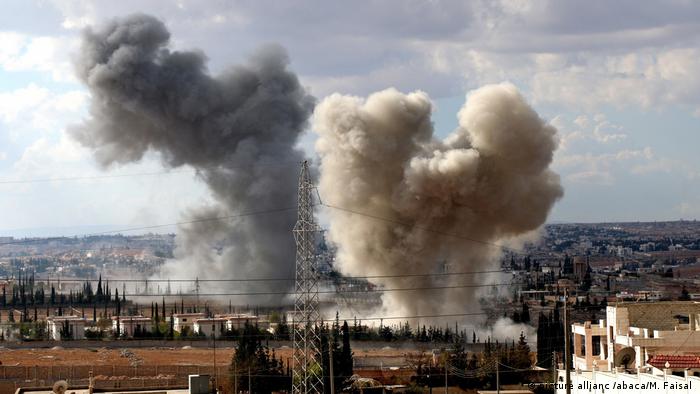 Oppositionist Syrian National Coalition quickly denied the accusation, saying in a statement that the ammunition was used "exclusively" by Syrian state troops as well as Iranian militias allied with Syrian President Bashar al-Assad. The coalition demanded a more detailed investigation into the ammunition.

The accusation came as Russia and Syria appear to be collaborating for an all-out offensive on eastern Aleppo, which is currently controlled by rebel fighters. Russian news agency Interfax reported Friday jets from the Admiral Kuznetsov aircraft carrier were flying over Syria over previous days to survey the area for future combat missions. The report further stated preparations were underway on the carrier and escorting ships to fight militants.

Rebels have seized certain key areas in western Aleppo since launching an attack on government-held areas in western Aleppo on October 28 in an attempt to break the siege imposed on areas the Syrian government has controlled since July. Syria launched a counteroffensive to recapture lost areas of the southwestern part of the city as well as parts of the al-Assad district west of the city.

Aleppo, the former commercial capital of Syria, has seen intense fighting throughout the country's civil war. Jan Egeland, special adviser to the UN envoy for Syria, said Thursday the last food rations would run out next week. Egeland said the last time citizens in east Aleppo received humanitarian aid was July. More than 250,000 currently live in the eastern part of the city.

Russia has announced it will not extend its unilateral "humanitarian pause," citing rebel attacks. Anti-government fighters said they would not trust Russia's "cheap initiatives" as they prepared for a new onslaught. (04.11.2016)