A Bavarian zoo put down its viral star, an obese lynx named Rufus, the zoo officials have confirmed. The large cat had suffered from breathing and heart troubles despite its exercise regime. 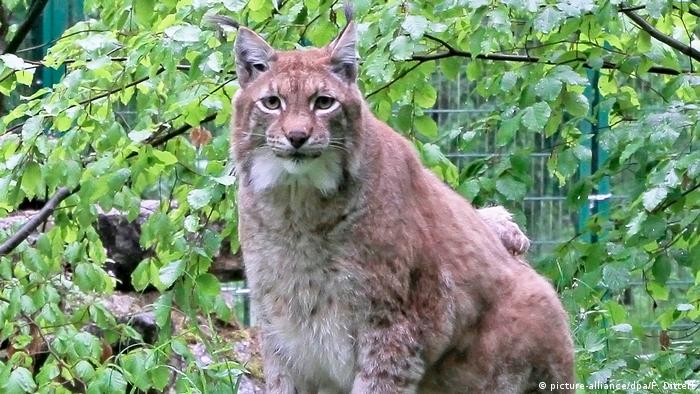 Rufus, the most famous resident of the Schweinfurt Zoo in Bavaria, was put down after a "prolonged illness" the city officials said on Thursday.

The lynx first grabbed public attention when a photo of him started circling the internet in 2018. The image showed his excess weight — lynxes typically weigh between 16 and 30 kilograms (35-66 pounds) — Rufus tipped the scales at 43 kilograms at his heaviest, according to the DPA news agency.

"He was fat," zoo director Thomas Leier said on Wednesday.

The animal's size  made headlines in Germany and abroad, and a Texas-based fast food restaurant used Rufus' image for its advertising memes.

Rufus has shed some weight since the unflattering photo due to the low-fat diet and an exercise regimen imposed by the officials of the northern Bavaria zoo. During his final months, however, the predator cat developed heart issues and was suffering from shortness of breath.

"In his last stages of life, his condition deteriorated dramatically despite intensive veterinary care," the officials said. "The park management decided ... to end his suffering."

The lynx was put down in March, but the zoo only made an announcement on Wednesday, when Rufus would have celebrated his 15th birthday. While 15 years is a very respectable lifespan for a lynx in the wild, animals in captivity have been known to live over 26 years.

Rufus came to Germany from Sweden in 2006 and took part in a breeding program before he was neutered in 2013. This and a 2015 foot injury which limited his movement triggered the weight gain in the following years. A year ago, animal expert Susanne Zirkel noted that the photo made him look fatter than he really was.

"He was just sitting awkwardly," she was quoted as saying by the Main-Post daily. "When we human sit like that, we also have a few more rolls than standing up."

Firefighters in the city of Dortmund were called upon to help a red squirrel in need of rescue. But with its head firmly stuck in the manhole cover, rescuers had to get creative in order to free the distressed animal. (20.06.2019)

Rescuers said the little critter put on a little too much "winter fat" and got stuck in one of the holes in the manhole cover. Several firefighters were called to the scene and were able to free the distressed rodent. (26.02.2019)