Restrictions brought in to slow the coronavirus outbreak have forced zoos shut across Germany. One zoo is saying it may have to kill animals to save on costs. 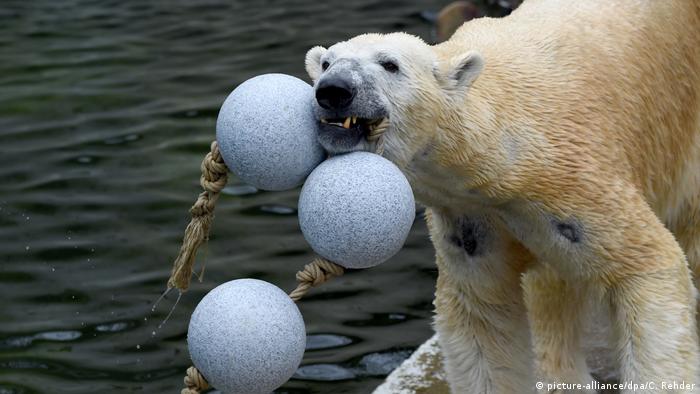 Neumünster Zoo in Schleswig-Holstein, Germany, has drawn up a slaughter list of its animals as part of its coronavirus emergency plan.

"Yes, we do have a list of animals that we would have to slaughter first," said Verena Kaspari, director of Neumünster Zoo, confirming initial reports in German media. The animals on the list would be fed to the zoo's lynx, eagles and "Germany's biggest polar bear" Vitus, who is 3.6 meters (over 11 ft) tall.

Goats and deer are on the slaughter list "but none of the endangered animals," Kaspari explained. "It's a worst-case scenario, we don't see it getting that way yet, but we have to think of it early enough."

A worst-case scenario would be if the delivery of fish and meat was no longer possible, because of a shortage of funds.

All zoos across Germany are closed as part of government measures to slow the spread of the coronavirus. The measures forced Neumünster Zoo to close on March 15.

Neumünster Zoo is a small zoo with over 700 animals including arctic foxes, maned wolves and seals, as well as Vitus. If the zoo is allowed to re-open at the end of April — if restrictions are relaxed then – Kaspari estimates it will have lost €175,000 ($191,000) in ticket sales and donations.

Zoos are a favorite pastime of people in Germany. A total of 75% of Germans enjoy visiting the zoo, according to a study conducted by research institute Forsa. Berlin Zoo, with 20,000 animals, reports around 5 million visitors per year.

"We have zero income and the same costs," said Kaspari.

Some zoos can access funding from the local government, she explained, which can cover up to 10% of the expenses. Her zoo is a charity and therefore is not eligible to receive this type of financial assistance, surviving only from donations and entrance fees. 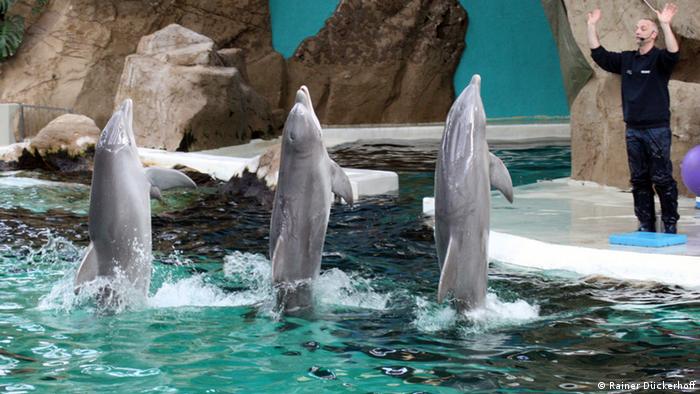 Duisburg Zoo, in the German state of North Rhine-Westphalia (NRW) with over 6,800 animals, has already worked out a contingency plan, their spokesperson told DW. The feedstores are still full, but a list has already been drawn up of employees who are absolutely necessary to keep up the care of animals, the rest could be sent home.

"Duisburg Zoo has no list of animals that would be killed for food because of the coronavirus pandemic," the spokesman said.

Krefeld Zoo was left reeling after a fire on New Year's Day devastated its Great Ape House, killing more than 30 animals. Now it already relies on the city's subsidies as a majority shareholder, said Krefeld Zoo in a statement. Drawing up a slaughter list is out of the question for them.

A spokesperson for animal rights organization People for the Ethical Treatment of Animals (PETA), Yvonne Würz, told DW that "populations management" was "nothing new for zoos."

"Zoos are funded through and live from tiny baby animals. When there is not enough space for the animals they are often killed for food [for other animals]," said Würz.

She explained that some zoos, such as the one in Nuremberg, are transparent about the numbers of animals they kill each year. From 2013-2015 Nuremberg zoo killed up to 60 animals per year, states the PETA website. The European Association of Zoos and Aquaria estimates between 3,000 and 5,000 animals are killed in European zoos each year.

Germany's upper house of parliament, the Bundestag, approved a €750 billion ($814 billion) aid package to protect the economy from the worst effects of the coronavirusoutbreak. The package includes assistance for self-employed, as well as small and medium-sized businesses.

The umbrella organization for Germany's zoos, VdZ, is demanding government support to the tune of €100 million ($109 million). "Unlike other facilities, we cannot simply shut down our operation; our animals must continue to be fed and cared for," VdZ chairman Jörg Junhold said at the end of March.

The state of Schleswig-Holstein has promised €5 million ($5.5 million) to support zoos, but "there's no way to apply for it yet," according to Neumünster Zoo's director.

Meanwhile, donations are the "only source of income" during the temporary closure, said Kaspari — and the announcement of the "slaughter list" has certainly brought publicity.

Neumünster Zoo has been posting videos on the zoo's Facebook page in German and English to help increase interest. The posts are accompanied by bank details for people to send donations. The donations were difficult to make plans on, because the amounts that people donate change each day.

This way the zoo is "good" financially, until mid-May, Kaspari says, keeping fingers crossed that they are allowed to reopen then.