Rio Tinto has come under pressure to address the destruction of 46,000-year-old caves considered significant for Aboriginal history. The company's chairman said they were "wrong and are determined" to prevent a repeat. 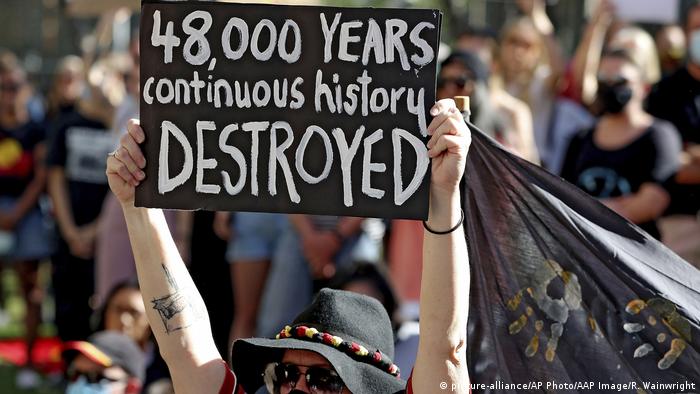 Anglo-Australian mining firm Rio Tinto announced on Friday the departure of its chief executive and two senior executives after they moved forward with the destruction of an ancient Aboriginal heritage site.

Under the leadership of outgoing CEO Jean-Sebastien Jacques, Rio Tinto approved the destruction of 46,000-year-old caves in the remote Australian region of Pilbara. It is considered one of the earliest sites to have been occupied by Indigenous Australians.

"What happened at Juukan was wrong and we are determined to ensure that the destruction of a heritage site of such exceptional archaeological and cultural significance never occurs again at a Rio Tinto operation," said company chairman Simon Thompson.

The decision to part ways was taken in "mutual agreement," said Thompson.

In the wake of the May 24 blasts, activists and investors put pressure on the mining firm to take appropriate action and discipline those responsible for the destruction of the caves.

The company responded by cutting short-term bonuses, a move that further enraged critics. Outgoing chief executive Jacques told Australian lawmakers that he regretted the decision, adding that the company should have refrained from destroying the caves.

"This situation has demonstrated beyond doubt the importance of companies' boards and executives protecting their social license," said Brynn O'Brien, activist and executive director of the Australasian Center for Corporate Responsibility.

"It should be a wakeup call for the Australian iron ore sector and mining companies worldwide on their relationships with First Nations people."

Read more: How Australia is failing its indigenous people