India and Saudi Arabia should bring justice to two Nepali maids allegedly gang raped and tortured by a Saudi diplomat, Amnesty International has said. The case is one of many reported abuses of domestic workers. 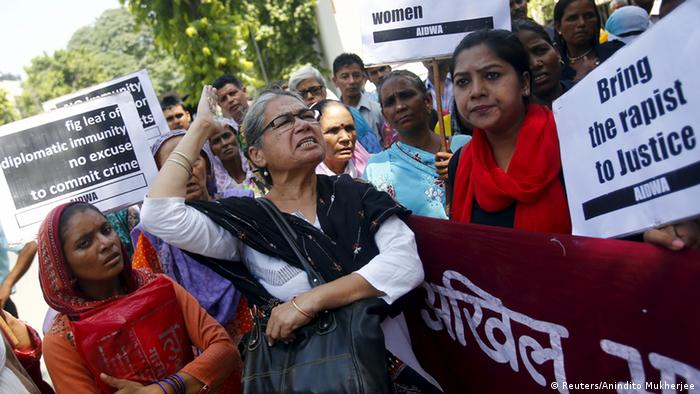 The two Nepali women, aged 30 and 50, were allegedly raped, assaulted, tortured and confined in the Saudi diplomat's luxury residence outside New Delhi.

The two women were domestic workers, who after working in Saudi Arabia came with him to the diplomatic post in New Delhi. They claim at times up to eight men raped them in the apartment.

The women were freed on September 9 after a third maid tipped off Indian police to what was happening, but the Saudi diplomat left the country under diplomatic immunity on September 16th.

At the time, India summoned the Saudi ambassador but authorities said they could not arrest or prosecute the Saudi diplomat due to the Vienna Convention on diplomatic immunity.

Indian authorities opened a case against the man for "rape, sodomy, and illegal confinement" but no charges were filed. A case was opened against six other men.

Under the Convention, a foreign country can drop a diplomat's immunity if the charges are serious enough. Saudi Arabia has denied the allegations.

Nepal's government has demanded justice for the women.

“Authorities in India must promptly investigate the allegations, charge those suspected and seek their extradition from Saudi Arabia for prosecution if required. The Saudi Arabian government, on its part, must not use the shield of diplomatic immunity to protect anyone, and must extradite suspects to India, if the need arises,” Bashi said.

Indian media reports relying on leaked medical records confirmed the women had been vaginally and anally raped and beaten, the rights group said.

The women are both at a shelter in Kathmandu receiving psychological help. One of the women told Amnesty: "We have faced so many problems and we struggled a lot, and we need justice…Arrest whoever is involved…It is like a nightmare for us. The only thing I want is justice and for them to be put in jail.”

Millions of poor men and women from Nepal, India, Pakistan, Sri Lanka and Bangladesh work in the Arab Gulf states, where rights groups say they have few rights.

In Saudi Arabia alone there are an estimated 784,500 domestic workers, with widespread reports of abuse. In a recent egregious case, a Indian maid's arm was allegedly cut off by her Saudi employer after she complained about work conditions.