New Delhi has lodged a formal protest with Saudi Arabia after an Indian maid had her hand chopped off by her employer. The woman reportedly had complained about work conditions and is now recovering in a Saudi hospital. 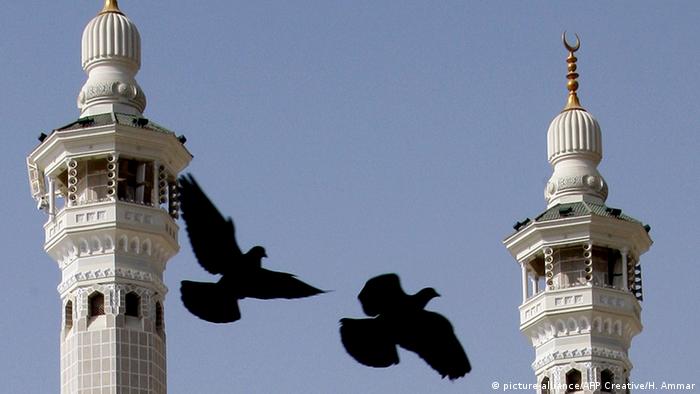 Indian Foreign Minister Sushma Swaraj said Friday that the severing of an Indian woman's hand in Saudi Arabia, allegedly by her employer, was "unacceptable" and that the embassy is in touch with the victim.

Indian officials identified the victim as Kasthuri Munirathinam, a woman in her mid-50s from a village in the state of Tamil Nadu. She had allegedly suffered a catalog of abuse since taking up a post as a domestic worker in Saudi Arabia three months ago, her family said.

"When she tried to escape harassment and torture, her right hand was chopped off by the woman employer," her sister S Vijayakumari told the Press Trust of India news agency.

Footage of Munirathinam lying in her hospital bed in the Saudi capital Riyadh was broadcast by Indian media outlets.

Hundreds of thousands of Indian migrants work in households in Saudi Arabia and other Gulf states and complaints about brutal treatment at the hands of employers have become a sensitive issue.

"We are in touch with the woman, hospital and the local police authorities. She will get all possible legal and other help from the embassy," Indian foreign ministry spokesman Vikas Swarup told the AFP news agency.

The official Saudi Press Agency has not immediately reported on the case and there has been no comment from Saudi officials.

India has demanded that a case of attempted murder be lodged against the employer, who has not been identified.

It falls on the heels of another controversy when the first secretary at the Saudi embassy fled India under diplomatic immunity last month after being accused of holding captive and raping two Nepalese maids in his residence.

That's led many Indian commentators to highlight other crimes against women in the oil-rich country such as a Saudi woman potentially facing fines and jail time for videoing her husband cheating on her with a domestic servant.