Right-Wing Extremism in Poland Gathers Momentum | Europe| News and current affairs from around the continent | DW | 04.03.2006

After the victory of the National Conservatives in last year's elections, right-wing extremist groupings in Poland are gaining influence -- as illustrated by a recent attack on a gay and lesbian demonstration. 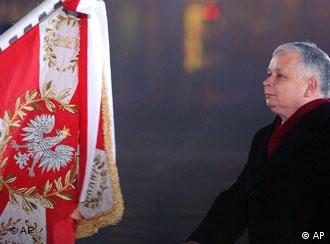 Catholic conservative Kaczynski has swung Poland to the right

Jacek Purski was shocked to discover his photograph on the Internet page of Poland's right-wing extremist group "Blood & Honor." Purski works for the Polish civil rights organization "Nigdy Wecej," and while examining the Web sites of neo-fascist organizations, he hit on a "list of enemies" of Polish right-wing radicals.

"I'm on the list, because our organization's work is apparently very effective and has been ruffling racist feathers," he said. "Of course I'm not pleased to be on the list because those are my data and that's my photo, and naturally it concerns me. But it doesn't scare me -- even though that's exactly what they want." 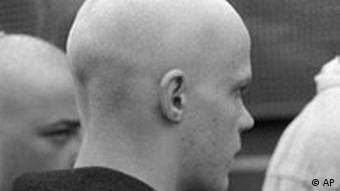 Polish neo-fascists are primarily youths aged between 20 and 30. They're well-organized and violent, and headed-up by intellectuals who publish their right-wing extremist theories in insider magazines or on relevant websites.

According to Polish writer and journalist Adam Szostkiewicz, black lists like the one published by "Blood and Honor" should certainly not be taken lightly.

"By denouncing someone, they are encouraging people to fight, and that's an act of substitute aggression," he said. "Today it's no longer acceptable to directly attack people physically so they provide a pretext for it."

Moreover, Polish right-wing extremists can exert -- at least through the back door -- more and more political influence. Militant organizations such as "Blood & Honor" and "Combat 18" cooperate with right-wing extremist parties like the "National Rebirth of Poland" and the "Polish National Party."

"All Polish Youth," a junior organization of the arch-conservative party "League of Polish Families," which tolerates the minority cabinet of Prime Minister Marcinkiewicz in the Polish parliament, appears meanwhile to be just as dangerous.

"This organization is generally referred to as chauvinistic and one that spreads hate," Purski said. "If we just consider the fact that members of this organization who today sit in the Polish parliament have saluted with 'Heil Hitler,' then we have to realize that we're dealing with a very dangerous phenomenon." 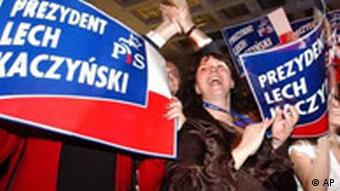 The election victory of the Polish National Conservatives has also provided fresh impetus for the right-wing extremist groups. Recently, the police turned a blind eye when a gang of thugs belonging to the "All Polish Youth" set upon a demonstration of gays and lesbians in the city of Poznan.

In Warsaw, meanwhile, the right-wing demonstrators disrupting a Christopher Street Day parade were known to have close ties with then Mayor and current State President Lech Kaczynski.

In such a social climate, the Polish right-wing extremists' black list is probably just the tip of an iceberg. Apparently, the arch-conservative Catholic Radio Maryja, which -- contrary to all ecclesiastical norms intervened on behalf of the Kaczynski twins in the election campaign -- also intends to publish a list of left-wing and liberal enemies of the government.

Tadeusz Rydzkyk, who founded Radio Maryja in 1991, is no stranger to this form of witch-hunt. Ten years ago, Rydzyk's associates were believed to have issued a blacklist of Polish Jews.

The Fight Against the Right

General elections are less than two weeks off. Neo-Nazi parties have practically no chance of exceeding the five percent clause to get into parliament, but nevertheless the fight against the right goes on. (Sept. 6, 2005)

During the French EU constitution vote, much was made of the Polish "plumber” stealing jobs. Poles responded with humor, but say that attitudes haven't changed much towards the new eastern EU members. (June 28, 2005)