The Fight Against the Right

General elections are less than two weeks off. Neo-Nazi parties have practically no chance of exceeding the five percent clause to get into parliament, but nevertheless the fight against the right goes on. 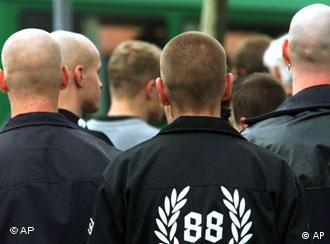 Neo-Nazis are present -- and more and more accepted

In the small Brandenburg hamlet of Altlandsberg, Ravindra Gujjula has taken on the task of fighting radicals from the right-wing scene. But then, that's partly his job. Born in India, Gujjula is now the mayor of Altlandsberg, and the head of the anti-right club "Brandenburg against rightists."

Gujjula is aware that he sticks out in the eastern German village he governs, but he keeps a cool head to counteract the xenophobic rhetoric of the local adolescents.

"Did you know that 7,000 foreign computer specialists with German green cards, created 33,000 new jobs for Germans within six months?" he frequently asks young people in the region. 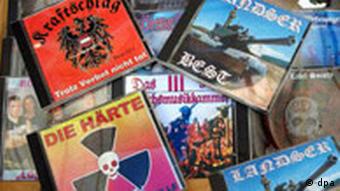 Gujjula told the Märkische Oderzeitung that the club concentrates on getting the message against neo-Nazism out to youths between the ages of 14 to 17. To help, he decided to use the same medium often employed by neo-Nazis to reach disenchanted youths -- music. Together with prominent German rock bands, Gujjula has produced a CD called "Hörbar tolerant" (Audibly tolerant).

"Lots of the kids just make foolhardy, far-rightist comments without understanding what they say. We have to convince them that that is nonsense. We can't ostracize them otherwise we'll lose them to the rightist scene," the 50-year-old said.

The increasing confidence of violence-prone rightists has become a source of great discomfort to parliamentary president and Social Democratic vice-chairman Wolfgang Thierse. He has never shied away from confrontation but what he has witnessed at some campaign stops in the east has troubled him. Radicals are speaking more aggressively and skillfully without restraint. 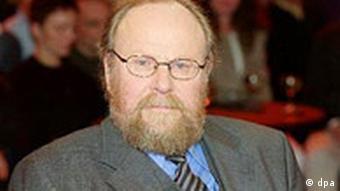 "Fortunately lots of people, and I'd like to point out many young people in our country, have the courage to stand up to the far-right scene. Even to the point that they risk being beaten up or attacked. It is imperative that we support and encourage them," Thierse said.

In some parts of Eastern Germany, the radical right is a part of everyday life. Since 2001, the federal government has supported some 4,000 projects with a total of 154 million euros ($192 millio) to counteract the ever-increasing acceptance of neo-Nazis in mainstream society.

Not just a protest vote

To ensure the success of these projects, a network of groups and individuals is being established to stand up to the rising trend. The success of the far-right National Democratic Party (NPD) in Saxon state elections last autumn, for example, can't be considered a mere protest or manifestation of youthful angst. One in five 18-to-25 year olds voted NPD then. 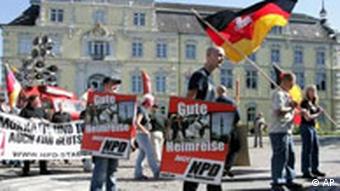 The sociologist Wilhelm Heitmeyer has pointed out that more and more people are accepting the right-wing mentality as normal.

"There is a rise in the population as a whole, particularly in when it comes to sensitive things like xenophobia. It's less among youths than among older people," Heitmeyer said, warning that right-wing extremism shouldn't be considered a problem solely amongst adolescents.

Meanwhile, Ravindra Gujjula's group has distributed over 16,000 of 20,000 "Hörbar tolerant!" CDs to the under-20 set, in the hope of turning their ears away from the hate-filled rhetoric of the far-right.

A week before Europe hosts a series of memorial services in honor of the freeing of Auschwitz, a group of far-right German politicians caused a stir by walking out on a state ceremony for Nazi victims. (Jan. 24, 2005)

On the second day of his state visit, Israeli President Moshe Katsav warned in a speech to the German parliament Tuesday that the Jewish state was concerned by the resurgence of neo-Nazis in Germany. (June 2, 2005)