The centuries-old marketplace has already undergone a security upgrade after a spate of terror attacks in Istanbul. For the bazaar's traders, the primary concern now is not the restoration but lack of tourists. 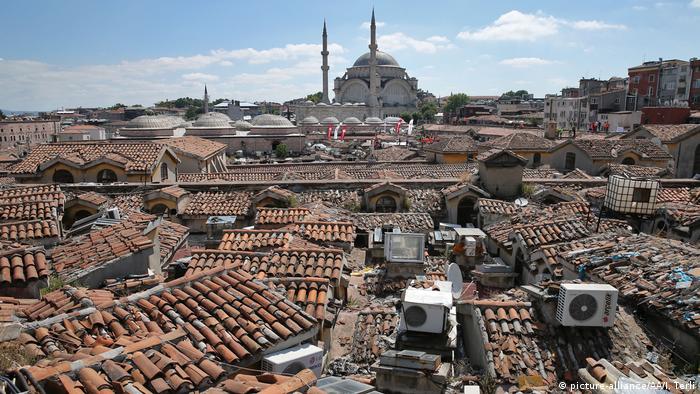 Round-the-clock workers on the roof take the cats' path to renovate the bazaar, which topped the list of the world's most visited destinations in 2014. The roof renovation is estimated to cost 10 million Turkish lira (2.6 million euros, $2.7 million). Work began on July 14 last year - only one day before a coup attempt to oust the government, but the work went on.

The restoration of the entire bazaar is likely to cost 200 million Turkish lira and is expected to take four years to complete,  but officials add that there will always be work needed at the Grand Bazaar because of its historic identity. "The Grand Bazaar is a historical place. It's not possible to complete the restoration from today to tomorrow," said Okan Erhan Oflaz, deputy mayor of the Fatih municipality where it is located. 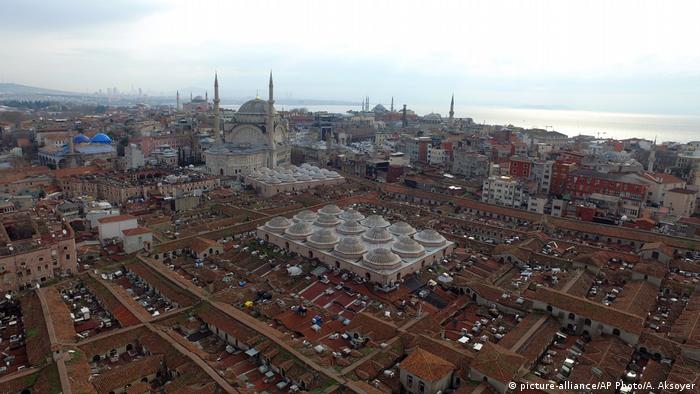 One of the largest and oldest covered markets in the world, the Grand Bazaar was a trade hub during the Ottoman Empire which dominated swathes of the Middle East and North Africa for more than six centuries until it collapsed at the end of World War I.

Construction of the marketplace began in 1455, two years after the Ottomans seized Istanbul then known as Constantinople from the Byzantines, under the reign of Sultan Mehmet II - Fatih the Conqueror. With the rise of the empire, the bazaar thrived and by the 17th century it had taken on its current shape, giving the bazaar its Turkish name Kapalicarsi (Covered Market). Situated in Istanbul's historic peninsula - home to the Sultanahmet mosque and Hagia Sophia - the Grand Bazaar plays host to around 3,000 shops where over 30,000 people work.

Authorities say the bazaar is currently earthquake resistant but what makes it vulnerable is the modifications done by property owners changing its structuring. Over its long history the structure has suffered quake and fire damage. Today it is in dire need of a facelift, with shop owners lamenting roof leaks and bad air conditioning. 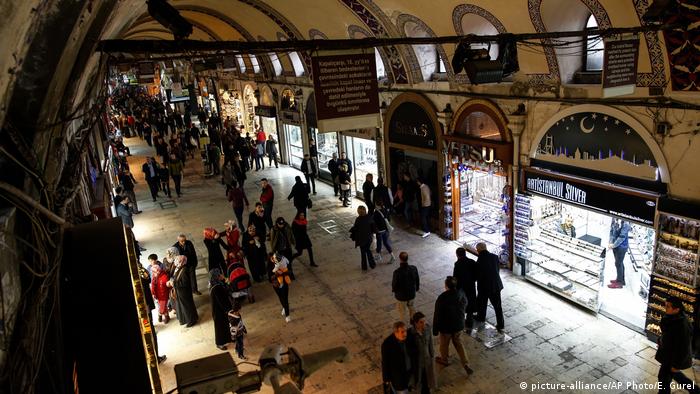 Numan, who owns a souvenir shop selling traditional pots and plates, said he believes the renovation will be a plus. "I think it will have a positive impact on the bazaar because there will be air conditioning for the summer and a heating system will be established for the winter after the work is done," he said.

Omer, 48, who sells embroidered pillow cases, complained that he has seen no improvement, although shop owners pay a monthly fee of about 75 euros. "We give money but there's nothing happening. We clean here in the evening and in the morning all in dirt. When it rains, it's afloat," he said. "The roof needs to be fixed. It's much worse in the winter. They are insulating (the roof) but we don't know how it will be."

And the Grand Bazaar saw damage to its structure when it hosted the motorcycle chase scene in the Agent 007 film "Skyfall". But Oflaz said the damage caused "by the friends in Hollywood" was almost nothing compared to the wear and tear on the market over the years. "A few bricks might have been broken but when you now take a look at the Grand Bazaar, there are no bricks that are not broken," he said.

A slew of attacks blamed on Kurdish militants and Islamic State jihadists over the last year have dealt a blow to tourism in Istanbul, where top destinations such as Sultanahmet were targeted. Turkish authorities say the Grand Bazaar could be a possible target and so they have "doubled security measures compared to the past", said Oflaz. 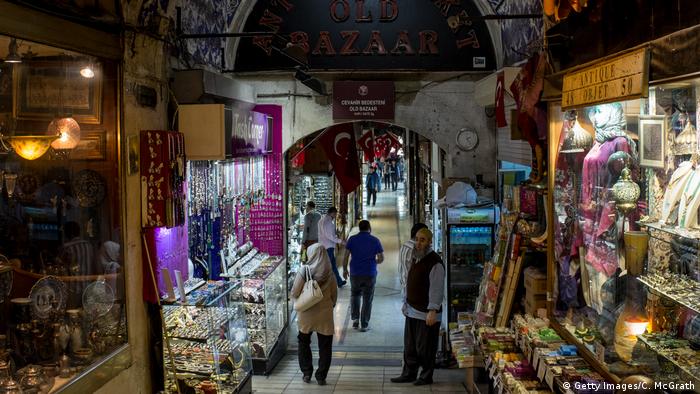 The historic area is one of Istanbul's top tourist attraction

Detector gates, X-ray scanning as well as the deployment of additional police provided by the governor's office around the historic neighbourhood are aimed at keeping it "away from a terror threat," he said. But more than the renovation, shop owners and sales people are primarily concerned with getting back to business, longing for the good old days when tourists flocked to the bazaar. "I've been at the Grand Bazaar for 35 years. At that time, it was good, there were tourists, Europeans," Omer said. But now "things are getting worse. People barely pay their rents," he added.

Oflaz admitted there has been a decline in the number of visitors to the bazaar from over 90 million in 2014  - though officials have given no specific numbers. The bazaar is an "army in itself" with its 30,000 sales people, said Oflaz. And not only tourists visit, locals do too. "The Grand Bazaar is not that much alone. It is a place where many people stop by all the time," he said.