A Sudanese man has been shot dead after Libyan coast guards seized the migrant boat he was on and returned it to shore. The incident highlights concerns about EU cooperation with the Libyan authorities on migration. 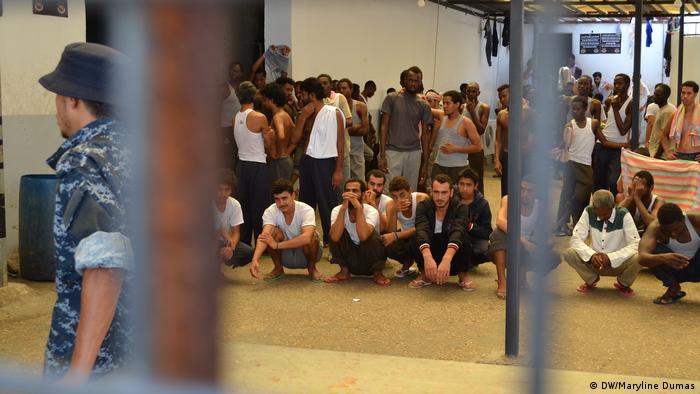 A Sudanese man has been fatally shot in Libya after a group of migrants who had been intercepted off the coast resisted being taken to a detention center, UN agencies reported on Friday.

The 28-year-old man had been among a group of 103 migrants whose boat was stopped at sea by the Libyan coast guard while attempting to cross the Mediterranean.

The man was struck by a bullet in the stomach after armed men fired into the air when several migrants tried to escape, the International Organization for Migration (IOM) said. He later died of his wounds at a local clinic despite receiving treatment from an IOM doctor.

"This was a tragedy waiting to happen, " said IOM spokesman Leonard Doyle. "The use of live bullets against unarmed vulnerable civilians, men, women and children alike, is unacceptable under any circumstances and raises alarms over the safety of migrants and humanitarian staff."

A spokesman for the UN's refugee agency, the UNHCR, said the incident proved that Libya was unsafe and that migrants should not be returned to the country, which has been politically unstable for years and is currently in the grip of a civil war.

Rights groups have long criticized the inhumane treatment of migrants in Libya's overcrowded detention centers, also condemning the EU's cooperation with the Libyan coast guard as the bloc tries to stop people from making the attempt to reach Europe by boat. 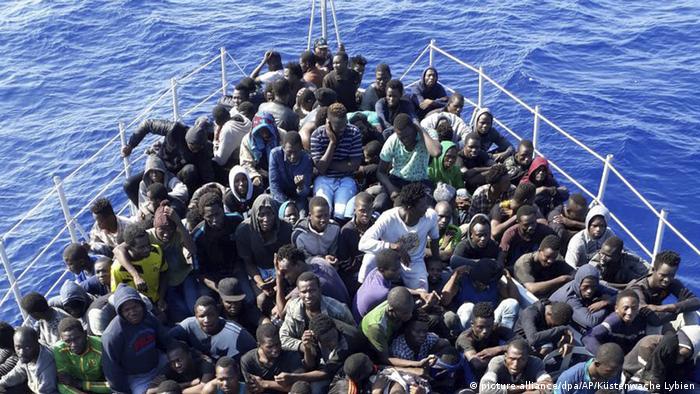 The Libyan coast guard is suspected of collaborating with people smugglers

The EU has supported the Libyan coast guard's activities with millions of euros and also helped train its personnel. The cooperation is continuing despite ongoing reports on the abuse of migrants in detention centers and the poor sanitary and living conditions that prevail in them.

In another recent incident highlighting the perils facing migrants in Libya, in July 53 people died and 130 were wounded in airstrikes on a migrant and refugee center in a suburb of the capital, Tripoli. The attacks came amid fighting between the UN-backed government in Tripoli and rival fighters under the command of military strongman Khalifa Haftar.

The IOM estimates that more than 3,000 of the 5,000 migrants detained in Libya are being kept in areas where there is active conflict.