Dozens were killed in an airstrike on a center housing migrants on the outskirts of Tripoli, with many more wounded. Center officials blamed the attack on forces loyal to Khalifa Haftar, but his militants denied it. 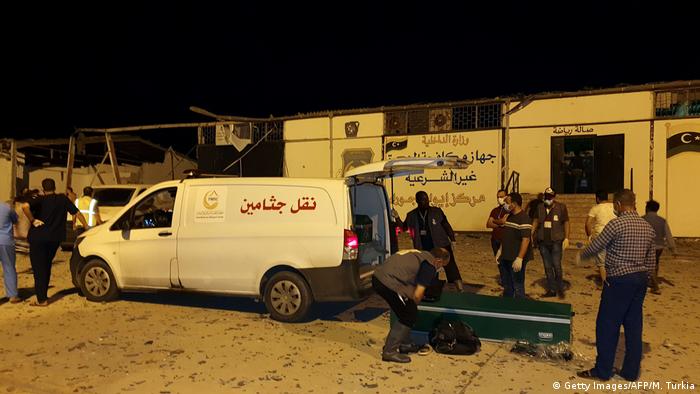 At least 44 people were killed and 130 more were wounded in an attack on a migrant detention center in a suburb of Libyan capital Tripoli late on Tuesday, according to the United Nations mission.

United Nations Libya envoy Ghassan Salame condemned the strike, saying it "clearly amounts to the level of a war crime."

Doctors Without Borders said the detention center in the eastern suburb of Tajoura held 126 migrants.

Pictures from the scene showed many bodies strewn among rubble on the ground and African migrants undergoing emergency surgery after the strike.

"The absurdity of this ongoing war has today reached its most heinous form and tragic outcome with this bloody, unjust slaughter," Salame said in a statement.

United Nations Secretary General Antonio Guterres has called for an independent investigation into the circumstances of the airstrike.

UN's human rights chief Michelle Bachelet said the attack could amount to a war crime because the fighting sides knew that civilians were detained inside the building.

The UN Security Council was due to meet to discuss Libya later on Wednesday. Britain's UN Ambassador Karen Pierce said the UK had requested the closed-door meeting.

According to the rights group, it had warned Libyan authorities that they were endangering the lives of refugees by arbitrarily detaining them close to military targets.

The Tajoura suburb of Tripoli is also home to several military camps for troops allied with the UN-backed government situated in the capital. The troops are fighting against militants from the Libyan National Army (LNA), which is allied with a rival government in the eastern city of Tobruk. LNA is controlled by warlord Khalifa Haftar, who earlier this year launched an offensive to take the capital.

UNHCR spokesman Charlie Yaxley said it had warned only weeks ago that anyone inside the Tajoura detention center was at risk of being caught in the fighting around Tripoli.

It was not immediately clear who was responsible for the strike, but the Tripoli government and the center officials blamed Haftar's LNA.

On Monday, the LNA said it would start heavy bombing of targets in Tripoli because "traditional means" of war had been exhausted.

However, the LNA denied hitting the migrant detention center on Tuesday evening and accused the militias allied to the Tripoli of shelling it. 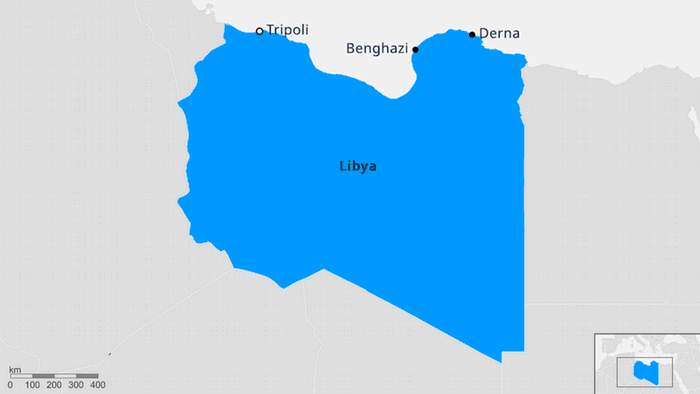 Libya is the main starting point for African migrants, fleeing conflict or poverty at home, attempting to sail across the Mediterranean and reach the EU. Libya's coast guard often intercepts boats heading toward Italy and detains the passengers. Thousands of illegal migrants and asylum-seekers are housed in detention centers like the one in Tajoura, with many activists reporting that occupants are forced to endure dangerous and inhumane conditions.