Retirement Homes in Germany Dish up Veggie Fare for Residents

More and more German seniors move to assisted living centers each year. While most wouldn't give the menu choices a second thought, there are an increasing number of options for the retiring vegetarian. 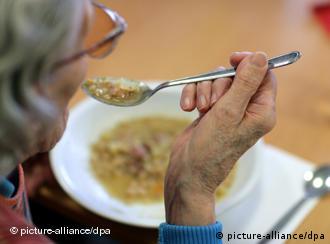 The baby boom generation is reaching retirement age, and while the boom wasn't as big in Germany as it was in other places in the world, there is still a large number of seniors lining up to enter retirement homes. And for the vegetarians among them -- a growing number of statistics show -- moving to an organized center no longer means giving up their meat-free diet.

"Ten years ago we might have offered one vegetarian meal a week, but now we can make tastier vegetarian meals, and the residents really enjoy them," said Georg Nicolay, head of the Gemeinschaft Deutsche Altenhilfe (GDA), which runs eight senior homes that offer a vegetarian option at every meal. 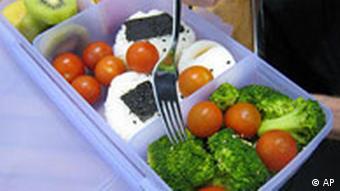 The veggie-only option is taken a step further at the GDA's retirement home in the southwestern German town of Trippstadt which was founded in the mid-1970s to specifically cater to vegetarians.

Seven days a week, the chefs at the Trippstadt retirement home prepare at least one vegetarian dish at each meal, all with eco-friendly ingredients. There is also an option for the vegan retiree, though they have to let the kitchen know in advance when they'll be dining, Christoph Stoeckmann of the GDA said.

There are currently around 100 seniors living at the facility in Trippstadt, and roughly one third of them are life-long vegetarians. Another third have switched to a vegetarian diet for health reasons and have chosen this home specifically for the vegetarian specialties its kitchen provides, Nicolay said, adding over 2,200 people currently reside in GDA facilities.

The Vegetarian Society of Germany (VEBU) reports that around 10 percent of all Germans are vegetarians. Some 60 retirement homes in Germany now offer vegetarian or vegan meals, the group says.

How to live a meat-free life 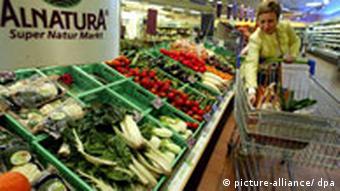 VEBU has even come up with a method of certifying restaurants, grocery stores, and increasingly retirement homes. The V-label lets a vegetarian or vegan know with complete certainty that the product they’re consuming conforms to VEBU’s strict standards, says Ralf Schmidt who is responsible for the V-label in Germany.

"The product-maker has to fill out a form explaining exactly what the contents are, as well as how the item is produced, to make sure it is genuinely vegetarian or vegan," Schmidt said.

There are currently only 25 companies and restaurants which have this label, though that isn't because there are only that many vegetarian options out there. Generally the lack of a V-label on a product comes down to the fact that most vegetarian companies don't have the resources to go through the process of obtaining the label. 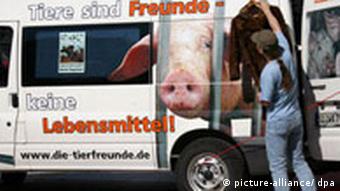 The World Vegetarian Congress is celebrating its 100th anniversary this year

The label is just one of the topics being discussed at the 38th World Vegetarian Congress currently taking place in Dresden, Germany. The congress is a milestone for vegetarians and vegans the world over since it marks the 100th anniversary of the first international meeting, which also took place in the Saxon capital.

There are some pretty offbeat workshops offered at this year's congress, including one discussing the vegetarianism of Jesus and Adolf Hitler. However, most of the meetings center on the vegetarian and vegan lifestyle.

The congress began July 27 and continues to Aug. 2 with some 600 participants from 31 countries taking part.

Germany's "Gray Panthers" had all but closed down their party doors, after nearly two decades of representing seniors' concerns. The 60-plus crowd, however, isn't vanishing from the political landscape. (18.03.2008)

In Graying Germany, Specialty Stores for Seniors Are the Future

In eastern Germany, the country's first big specialty store aimed at the growing seniors' market is planning an expansion. As Germany ages, marketing to the gray consumer will likely be a winning business strategy. (02.07.2007)

Find out more about the congress that's taking place in Dresden