The violence in Gaza spiked after Palestinian militants in the Hamas-controlled area fired rockets at southern Israel late Saturday. Israel and Gaza's Islamist movement Hamas have fought three wars since 2008. 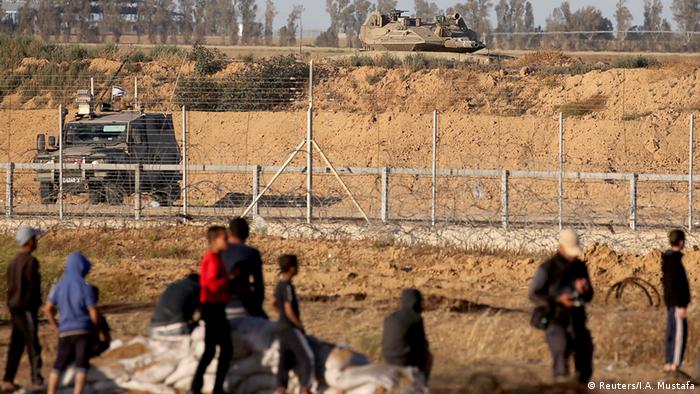 Israeli soldiers reportedly targeted Palestinian militants in Gaza after three rockets were fired at the border region in southern Israel Saturday evening, the second such attack in 24 hours.

In a statement posted on Twitter, the Israeli military said it targeted "armed suspects" along the barrier that separates Israel from Gaza.

"We just identified a number of armed suspects from Gaza approaching the security fence with Israel. We fired towards them," the army said.

Two of the projectiles had been intercepted by Israel's Iron Dome aerial defense system, the army added.

Israel and Hamas have fought three wars since 2008. There have been regular protests and clashes along the Gaza-Israel border since March 2018.

A set of Israeli airstrikes in Gaza following rockets striking southern Israel threaten to unravel a ceasefire reached in May. Israel also cut off Palestinian fishing access to offshore waters. (14.06.2019)