Charity organization Proactiva Open Arms said Spain was the only country to allow its vessel a port to dock. Pregnant women, children and babies were among the group of migrants rescued off the coast of Libya. 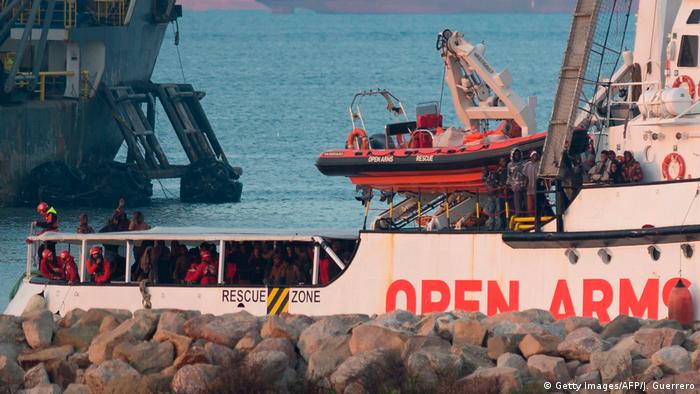 The Spanish rescue boat Open Arms arrived on Friday morning in a port near the city of Algeciras, in southern Spain. Aboard the vessel were 310 migrants who were rescued by the organization off the coast of Libya.

Open Arms had announced its expected arrival in the port of Crinavis, in San Roque, at 8:00 am (0700 UTC) on Thursday. Founder Oscar Camps confirmed the vessel entered the Bay of Algeciras on Friday morning. It was "the only safe port available in the Mediterranean," he wrote. Italy and Malta had both refused to let the group dock in their ports.

Red Cross workers awaited the ship at Crinavis, to provide food, clothes and medical assistance, while police will seek to identify the migrants before transferring them to shelters.

Read more: What you need to know: The German-Spanish migrant deal

Christmas on the Mediterranean

Open Arms rescued the migrants on December 21 from three separate vessels in distress. Many of those rescued came from Somalia, Nigeria and Mali. Pregnant women, children and babies were among the group.

The organization posted photos and video of the rescued migrants on its Twitter account. "An island in the middle of the Mediterranean," Open Arms tweeted.

The footage showed the rescued migrants marking Christmas at sea listening by to music and singing. Some children wore red Santa hats, as they huddled together to receive coloring books.

A sister vessel, the Astral, reached the rescue ship on Monday to deliver blankets, medicine and food. 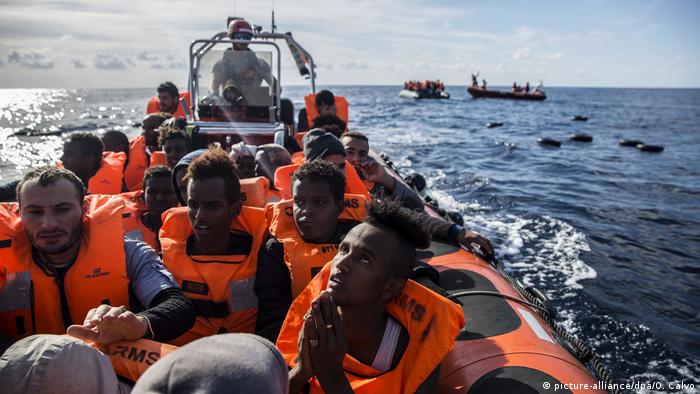 Friday's docking is the first charity rescue ship that Spain has allowed since August. Prior to that, Prime Minister Pedro Sanchez had permitted several rescue boats to dock over the summer, including the French vessel Aquarius carrying 600 migrants, who had been denied entry in Italy and Malta.

Madrid also allowed the Open Arms to dock three times in July and August, but it refused to let the Aquarius back in a second time. This year, Spain was Europe's main point of entry for migrants, registering more than 56,000 arrivals.

More than 1,300 migrants have perished trying to reach Italy or Malta since the beginning of the year, according to the International Organization for Migration (IOM).

The stretch of Mediterranean that separates Africa from Malta and Italy is the deadliest for migrants attempting the crossing to Europe.

The arrival of hundreds of migrants at Spain's southern border has set alarm bells ringing. While the government has weathered the storm so far, a worrying trend is noticeable. Santiago Saez reports from Madrid. (10.08.2018)