The German grandfather of US President-elect Donald Trump returned to Germany with his wife before their son was born, according to the daily "Bild." However, officials ordered him to leave Bavaria or "face deportation." 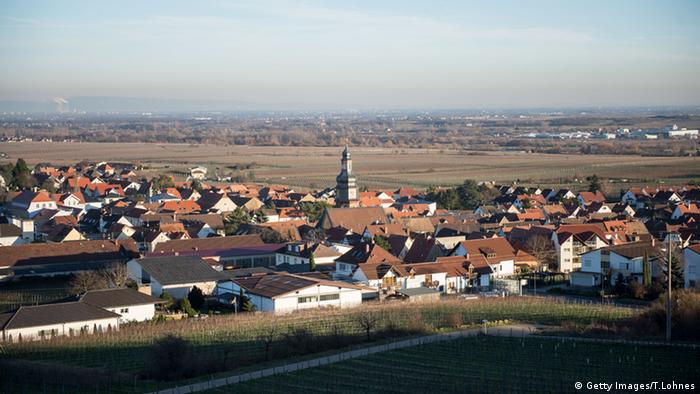 Friedrich Trump faced a deportation order, fighting it for months in the early years of last century before losing a legal struggle, the mass-circulation newspaper "Bild" reported on Monday, citing a historical document found in Donald Trump's ancestral town of Kallstadt, southwest Germany.

The grandfather of the future US president left the city at the age of 16, first arriving in New York in 1885 and later moving further west during the Gold Rush era. There, he made his money running taverns and a brothel. 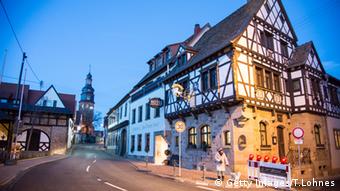 Kallstadt's current population is around 1,200 inhabitants

According to Monday's report, the authorities soon discovered that Friedrich Trump had never performed the mandatory military service before leaving Germany. Another problem, according to local historian Roland Paul, was that Trump never officially unregistered from his hometown.

The German-born businessman was banned from "reclaiming his citizenship in 1905," Paul said.

Letter to the prince

Trump was labeled a draft-dodger and officials ordered him to leave the Kingdom of Bavaria, which at the time included Kallstadt. The town is currently part of the Rhineland-Palatinate state.

"The American citizen and pensioner Friedrich Trump, currently residing in Kallstadt, is hereby informed that he is to depart the state of Bavaria, or face deportation," authorities said in a document dated in February 1905.

Historian Roland Paul also found a letter that Friedrich Trump sent to the Bavarian prince regent Luitpold a few months later, imploring the "well-loved, noble, wise and just" prince to heed his "most modest plea" and allow him to stay in Germany. The court denied the request.

The move forced the Trumps to leave Germany for good in July 1905, and return to New York. Elisabeth Trump was pregnant at the time. Three months after their return to the US, she had Fred Trump, who grew up to become a real-estate magnate and the father of the current President-elect Donald Trump.