The "Islamic State" has used chemical weapons on at least 52 occasions in Iraq and Syria, says a London-based analytical firm. The IHS Markit report comes as Iraqi forces seek to retake Mosul from the militant group. 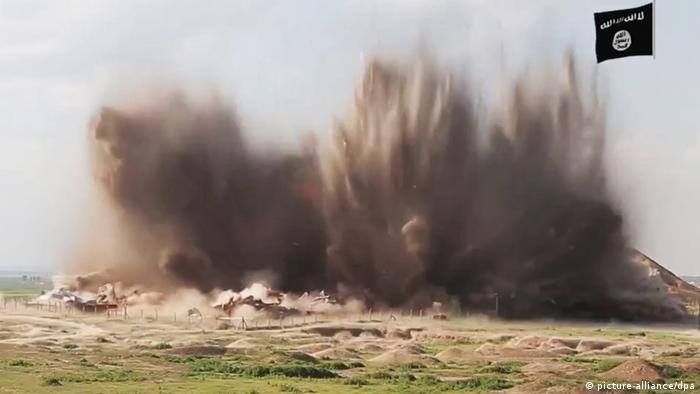 More than 68,000 people have fled their homes since Iraqi forces launched an offensive against the "Islamic State" in Mosul in October, the UN says. The city had some 1 million residents before the operation started. (22.11.2016)

Iraqi troops meet with fierce resistance during push into Mosul

'IS' militants are fighting back as Iraqi forces continue to gain ground in the last major jihadist-held stronghold in Iraq. But in a boost for the government, Shiite militias have taken control of a key nearby airfield. (19.11.2016)

The militant group has executed scores of civilians and deserters in and around Mosul, the UN said. Evidence has emerged of "large quantities" of ammonia and sulfur being stockpiled in civilian areas of Mosul. (11.11.2016)

IHS Markit, a London-based intelligence analysis firm, said Tuesday the "Islamic State" (IS) militant group has used chemical weapons at least 52 times in Iraq and Syria since 2014, when its fighters swept across vast swathes of territories in the two Middle Eastern countries.

With Iraqi forces seeking to retake control of the northern city of Mosul in an ongoing offensive, IHS said the jihadists could use their Chemical, Biological and Radiological (CBR) capabilities in their defense.

"As the Islamic State loses ground around Mosul, there is a high risk of the group using chemical weapons to slow down and demoralize advancing enemy forces, and to potentially make an example of - and take revenge on - civilian dissidents within the city," Columb Strack, senior analyst and head of the IHS Conflict Monitor, said in the report.

Iraqi forces are facing fierce resistance from IS fighters as they began their siege of Mosul's Zohour neighborhood on Sunday. The troops have fortified their positions in Mosul's eastern neighborhoods but they are still far from liberating the city which fell to the militants in 2014.

"Mosul was at the centre of the Islamic State's chemical weapons production," Strack said. "But most of the equipment and experts were probably evacuated to Syria in the weeks and months leading up to the Mosul offensive, along with convoys of other senior members and their families." 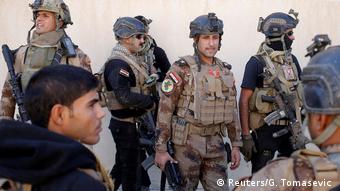 "The eventual loss of the city will have a significant financial impact on the Islamic State, not to mention the huge symbolism of losing Mosul," Strack underlined. "The group will lose access to tax and other revenues generated from the remaining population of around 1 million people, the largest city they have captured. This type of income has been more significant than oil for the Islamic State's revenue."

In Budapest, visiting Iraqi Foreign Minister Ibrahim al-Jaafari told media that some 1,700 IS militants had been killed since the start of the Mosul offensive. A third of the Ninevah province, of which Mosul is the capital, has been retaken by government forces, however their progress has been slowed by the militants' use of human shields, the minister added.

Mosul is Iraq's second-largest city, and its recapture would be a huge blow to IS, a Sunni extremist group that aspires to create a "caliphate" stretching across the Middle East.

Iraqi armed forces began their offensive to recapture the city on October 17, fighting alongside Kurdish peshmerga fighters, Sunni tribes and Iran-backed Shiite paramilitary forces. Their campaign is being backed by air and ground support from a US-led coalition.

On Monday, an airstrike by the US-led coalition against IS destroyed a major bridge over the Tigris River south of Mosul in an attempt to limit the group's capacity to reinforce its fighters on the river's east bank, where most of the fighting is taking place.

The United Nations says more than 68,000 civilians have been forced from their homes since the operation to retake the city began.