German authorities arrested considerably fewer human traffickers in 2016 compared to the previous year. More than 50 percent of arrests were made on the Austrian-German border. 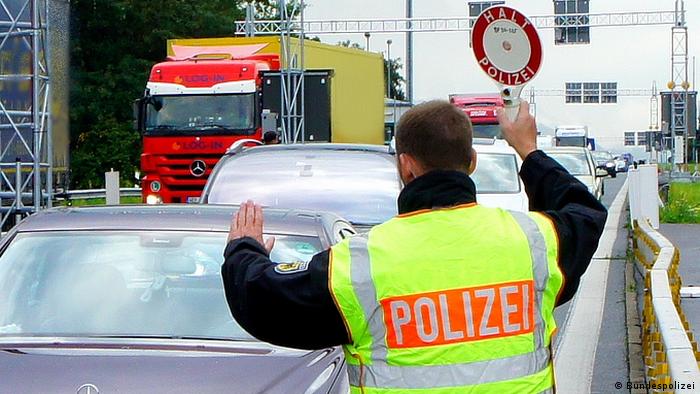 Two top border police officials in Bulgaria have been fired amid corruption allegations. The country’s prime minister has accused them of working with people smugglers. (16.08.2016)

Citing figures from Germany's Interior Ministry, Germany weekly "Welt am Sonntag" reported on Sunday that up until the end of November 2016, 906 people had been detained by Germany's Federal Police, compared to 3,370 traffickers for all of 2015.

The huge decrease in arrests was due to countries closing off the so-called Balkan route, one of the major passages previously used by people traveling from Turkey to Europe, the paper said.

According to Frontex - the Europen Union's agency to manage the cooperation among national border guards - some 764,038 migrants made an illegal border crossing via the Balkan route in 2016, compared to 122,557 between January and November in 2015.

Border closures by Hungary, Slovenia, Croatia, Serbia, and Macedonia may also have played a role, while in April the EU-Turkey refugee agreement, in which Turkey pledged to take back migrants from Greece if they were not granted asylum in exchange for billions of euros in aid and the eventual right to visa-free travel for Turks visiting the EU, also came into effect. EU Commission President Jean-Claude Juncker said of the Turkey agreement: "It has allowed us to destroy the human traffickers' business model."

The overall number of those moving to western Europe to seek asylum also decreased in 2016.

Most of the suspected human traffickers detained by German authorities came from Syria with 72 arrests. Another 70 came from Poland, 57 from both Germany and Iraq, followed by 53 Russians.

Germany's southern border to Austria, remains the country's main hotspot for human trafficking, with authorities arresting 481 people there in 2016, while 155 and 106 suspects were detained at the Polish and Czech borders respectively.

The Belgian border also proved to be popular among traffickers, "Welt am Sonntag" reported, with 45 suspects arrested there - almost twice as many as on the much longer border with France. At German airports, 23 alleged traffickers were arrested. The Interior Ministry is yet to confirm how many smugglers were convicted.