Report: German colonel made errors in Afghan strike | Germany | News and in-depth reporting from Berlin and beyond | DW | 01.11.2009

A German magazine is reporting that a NATO probe into a deadly airstrike in Afghanistan that caused outrage in the region is more critical of the German commander who ordered it than the German army has admitted. 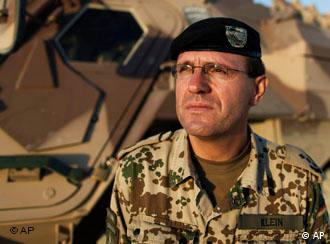 The newsmagazine Der Spiegel said in an early release of its edition to be published on Monday that a NATO investigation into the September airstrike that killed dozens of Afghan civilians showed the German commander who ordered it broke military procedure.

The September 4 strike on two fuel trucks in the northeastern Kunduz province was the most deadly operation involving German troops since World War Two. The Afghan government said the airstrike killed 69 Taliban fighters and 30 civilians.

German forces said the bombing targeted the fuel tankers as they were hijacked by Taliban insurgents and represented a danger.

In the immediate aftermath, Berlin said around 50 militants were killed in the attack but that there were no civilian casualties. Witnesses, however, spoke of several civilian casualties, prompting critical reactions even from Germany's NATO allies.

The report said that German authorities have put pressure on NATO not to issue an outright condemnation of Colonel Georg Klein because it could lead to legal problems. This message was given to the NATO commander in Europe, Admiral James Stavridis, during a visit to Berlin on October 15.

General Wolfgang Schneiderhan, general inspector of the German army, said on Thursday that according to the report, Colonel Klein, had acted correctly in ordering the strike. 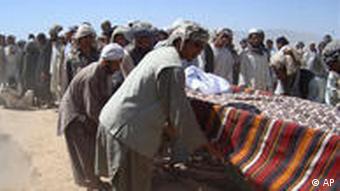 "In light of the results of the report, I have no reason to doubt that German soldiers acted in the correct military fashion, given their mandate from the United Nations and the difficult operational situation," Schneiderhan said.

He said the exact death toll in the attack could no longer be determined, adding that the report cited a range of between 17 and 142 casualties.

"The investigation is still under review and no other comment can be made at the moment," a Defense Ministry spokesman said when asked about the report in Der Spiegel.

The attack, carried out by a US F-5 fighter jet, was condemned by several European foreign ministers.

Germany has maintained it was necessary to protect its troops from a possible suicide attack by Taliban fighters who had hijacked the trucks.

The Spiegel report said Colonel Klein broke standard operating procedure by ordering air support on the grounds that his troops had come into contact with the enemy, even though international forces were nowhere near the tankers. 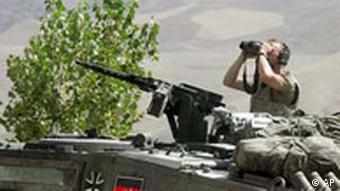 Germany has 4,200 troops troops in Afghanistan

The magazine also said Klein refused to allow the aircraft to conduct a low-altitude sweep of the area before launching its payload, adding that overcast skies also raised doubts about the appropriateness of ordering a strike while relying on a single human information source and video alone.

The report cited a source familiar with the NATO report as saying it also addressed positive sides of Klein's leadership and that it could be used to either condemn or excuse him.

Germans remain highly skeptical of military operations more than 60 years after the defeat of the Nazis. It was only a decade ago that German troops participated in their first foreign combat mission since the war.

Opinion polls indicate a majority of Germans want the over 4,000 German troops deployed in Afghanistan as part of the six-year-old NATO mission to come home.

The top German general said Wednesday the decision to order a deadly airstrike on hijacked tanker trucks in Afghanistan in September was the right one. A NATO report on the incident said the death toll is uncertain. (30.10.2009)

The shooting star of German politics, Karl-Theodor zu Guttenberg, earns advance international praise for his new role as defense minister. But with that praise come tough challenges and great expectations. (27.10.2009)

NATO under pressure at summit as public turns against Afghan mission