Almost half of EU countries - including Germany - has contributed to Egypt's crackdown on dissent, Amnesty said in a report. The human rights group has called on the bloc to end arms transfers worth billions of euros. 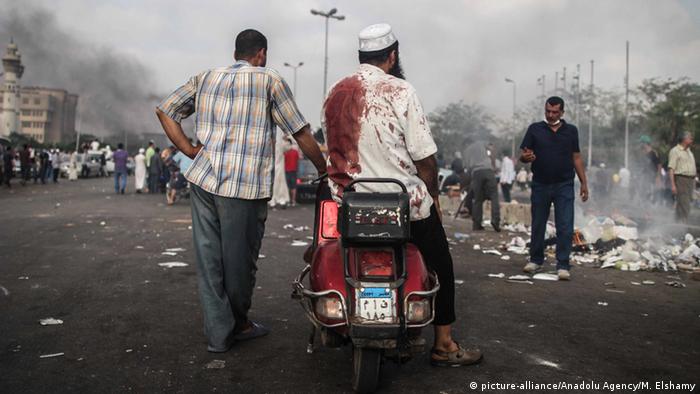 "Almost half of European Union member states have flouted an EU-wide suspension on arms transfers to Egypt, risking complicity in a wave of unlawful killings, enforced disappearances and torture," Amnesty said in a statement.

Germany was named in the report as a key contributor to arms exports to Egypt. Amnesty also cited a Privacy International report that showed German companies sold sophisticated surveillance technology to Cairo.

The report cited an EU pledge to prevent arms from being transferred to Egypt after security forces opened fire on supporters of Egypt's first democratically-elected president on August 14, 2013.

According to Human Rights Watch, at least 817 people were killed on that day, although the figure is "likely more than 1,000."

"Almost three years on from the mass killings that led the EU to call on its member states to halt arms transfers to Egypt, the human rights situation has actually deteriorated," said Magdalena Mughrabi, interim deputy director for Amnesty's Middle East and North Africa program.

"The EU should immediately impose an embargo on all transfers of the types of arms and equipment being used by Egypt to commit serious human rights violations. The EU and its members must stop rewarding bad behavior by Egypt's police and military with a bonanza of arms supplies," said Brian Wood, Amnesty's head of arms control and humans rights.