Report criticizes rights situation in Germany | Germany | News and in-depth reporting from Berlin and beyond | DW | 04.06.2014

Rights organizations have published a critical assessment of the civil and human rights situation in Germany, accusing politicians and the judiciary of inaction in the NSA spy scandal and NSU neo-Nazi murders trial. 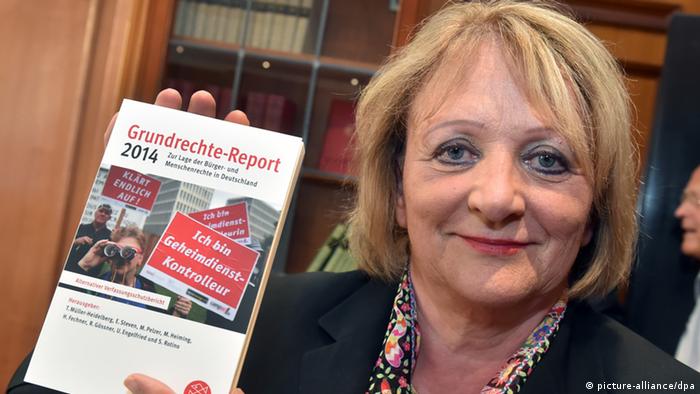 "The events surrounding the NSA and NSU affairs have shown that at the core, fundamental protection of rights is in bad shape," said Sabine Leutheusser-Schnarrenberger, Germany's former justice minister, at the launch of the Fundamental Rights Report 2014 on Tuesday (03.06.2014).

The eight civil rights organizations, which have published the report since 1997, used the 65th anniversary of the German constitution to assess the reality of the constitution, documenting instances in which legislators, administrators, the judiciary, or private citizens have restricted fundamental rights.

At 42 items, the list of shortcomings is long. A special focus is reserved for the NSA spying scandal and the actions of intelligence service agencies against ordinary citizens.

"A free and democratic state cannot tolerate the actions of intelligence agencies that degrade individuals and turn them into mere objects to feed their greed for information," said Leutheusser-Schnarrenberger. 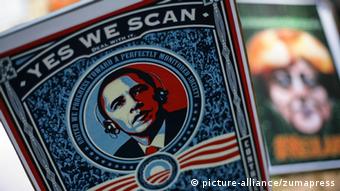 The NSA scandal was high on the list of concerns

It was nearly a year ago that US whistleblower Edward Snowden first alerted the world to the unlimited surveillance activities carried out by Western intelligence services. Since that time, the German police and the judiciary have refused to accept any of the legal or political consequences, the report said.

According to Rolf Gössner, the vice president of the International League for Human Rights (ILHR) and co-editor of the report, the current German government and its predecessors woefully failed to protect the German people from mass surveillance and related crimes and civil rights violations.

"It amounts to a massive violation of personal rights and ultimately calls fundamental rights and democracy as a whole into question," Gössner told DW.

As a consequence of the NSA affair, Dieter Deiseroth, a former federal judge, has called for the implementation of seven demands, including effective protection for whistleblowers like Snowden, the disclosure of all secret treaties to parliament, a strengthening of parliamentary controls and a data protection agreement between the European Union and the United States.

"There are strict legal rules when it comes to domestic defense," said German Interior Minister Thomas de Maiziere, the man responsible for Germany's intelligence agencies, in an interview with public broadcaster ARD. "We want to tighten these rules; for instance, when it comes to the transmission of information to third countries, such as the US."

De Maiziere defended the practice of eavesdropping on social networks, like Facebook and Twitter, by saying that Germany's intelligence services needed to keep up with modern communication methods, but only when the "legal requirements" for such practices are firmly established. 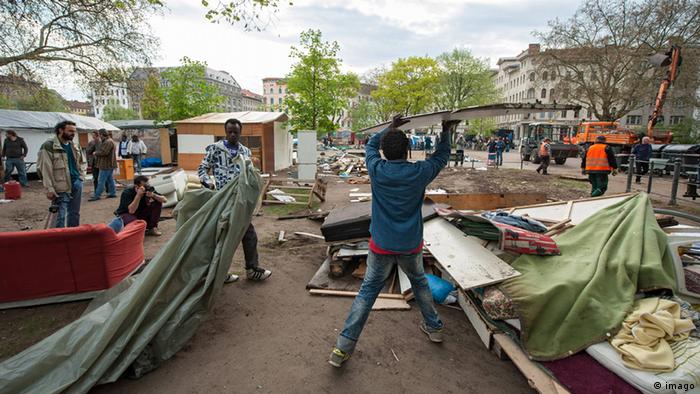 The report also criticized the handling of asylum seekers, seen here in a Berlin refugee camp

According to media reports, Germany's BND foreign intelligence service is planning a technological upgrade in order to catch up to the US National Security Agency (NSA) and Britain's Government Communications Headquarters (GCHQ). The BND is also aiming to place social networks under greater scrutiny.

"If we begin to give even greater powers to intelligence agencies, which are difficult or even impossible to control, we'll have a big problem," said Gössner of the ILHR. "Intelligence agencies are contaminants in a democracy because they contradict the democratic principles of transparency and controllability," he stressed.

The 240-page report also criticized violations against freedom of assembly and expression and lapses in the case of the murders committed by the extreme right-wing National Socialist Underground (NSU). In addition, the report also highlighted several problematic examples concerning the treatment of refugees and migrants, the homeless and emotionally disturbed people.

"The state of Germany's constitutional values is particularly evident when dealing with the most vulnerable members in society," said Elke Steven of the Committee for Basic Rights and Democracy. "These examples show just how bad it is."

Vint Cerf is recognized as one of the "godfathers" of the Internet. He talked to DW about the NSA scandal, the credibility of Google and the new Internet of things. (21.05.2014)