Vint Cerf is recognized as one of the "godfathers" of the Internet. He talked to DW about the NSA scandal, the credibility of Google and the new Internet of things. 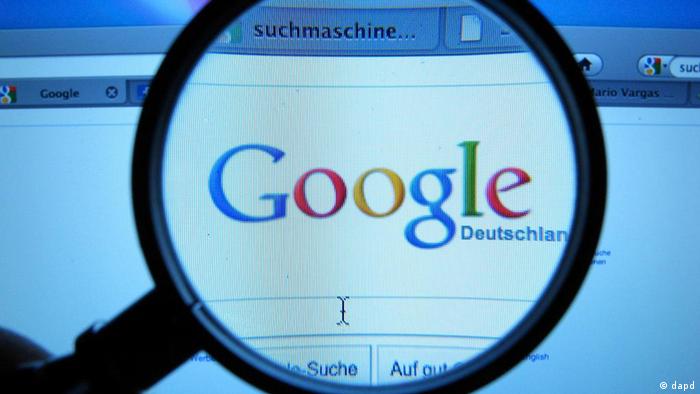 DW: Do you think the NSA scandal has compromised the Internet and how the public perceives it?

Cerf: First of all, it has been a struggle for all of us. Especially those of us who were not cooperating except within the rule of law. At Google, for example, we must provide some information under legal requirement. But a great deal of the information which apparently was obtained was not obtained with our agreement or consent. Our response at Google, frankly, has been to encrypt everything. So we have already started encrypting all the traffic between our data centers and we're encrypting things that are in storage on the disk, like your email. That's our response to protect our users. So the answer is, there's been a sense of erosion of privacy, and there is a great deal of effort in my technical community to recover a sense of control over private information by using cryptographic and other tools in order to protect peoples' interests.

You know there is and there was a certain extent of cooperation between Google and the NSA, do you feel that Google has lost credibility among the community?

You use the word cooperation, and I would like to resist a little bit. You make it sound as if we opened our systems to the National Security Agency, which we did not do. We have to respond to certain specific queries that they make, and they come with a court order. The amount of information is quite small, that is demanded, and we publish the information - not that we give the NSA, but we publish how much information is requested, and it's not very much. But in any case, the fact of this surveillance, not our cooperation with legal orders, but the NSA capture of information that we did not offer to them has eroded the trust, and it's hard to rebuild that. And we are in the process of doing that.

How do you want to rebuild trust?

We've already taken several steps. We provide our users with what are called strong authentication mechanisms. It's called two-factor authentication: something you know and something you have. And so, if you have a mobile, for example, we provide our users with programs that will generate cryptographic passwords. And so, in addition to your username and password, there's this cryptographically generated six digit number which you have to key in. If you don't do that, it won't give you access. And if no one else has your mobile phone or no one has your little cryptographic USB chip, they can't get in! And we provide that, with any questions, free of charge, to all of our users, and we insist on using it ourselves.

The NSA scandal has also prompted the idea of a limited Internet. A German Internet, a Russian Internet, maybe a French Internet. Do you think that can work?

I think fragmentation or balkanization - my Balkan friends don't like me to use that - is a very bad idea. And it's easily demonstrated why it's such a bad idea. If you are interested in doing business on the global scale, and I would imagine many businesses in Germany wish to be global some day, then they are going to need a uniform, open internet which they can use to present their products and services and in some cases, deliver the products - if it's a software, or it's a service that's network oriented. They need to have this wide open, accessible network everywhere around the world. If you build fences between the networks, you may have great difficulty reaching a larger customer base. And we all have to admit that however good our domestic economies are, the world economy is bigger.

And so, if you're interested in growing your business, you must address the global economy. And with regard to Internet, you must have access to an Internet which is uniform and accessible everywhere. 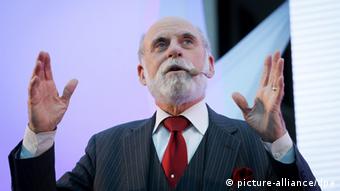 Looking into the future, tell us about your idea of how will communication look like, say in 10 years from now.

Let's look at the trends. First of all, we know that an increasing amount of the mobile network is absolutely visible. It's not very many years from now, there will be more people in Africa using the network than there are in Europe, for example. The second thing that's happen is called the Internet of things.These are simply devices that we use around the house, at home, in the office, in the car, that we carry around with us, or maybe even have in our clothing. These are devices that are Internet-enabled. They are gathering information about our state of health. They are keeping track of where we are so we don't get lost. They are helping us manage our security systems, our environmental systems, heating, ventilation and air conditioning.

Some day they may even actually help run the automobile, and even steer it. As you know, Google has self-driving cars in San Francisco. So we can see this Internet of things coming very quickly. It will lead to smart homes, which will lead to smart cities. So we will have cities monitoring their use of electricity, their use of other resources, the flow of resources, the commerce in the town. The result of this is cities that will be able to make better use of their resources and guide us in terms of, you know, where do we drive our cars, how should we be routed through the city? What restaurants are available, which ones will have a big lone line? All kinds of things like that will make life easier for us in our urban environment.

But it will also make us more transparent, which means that companies like Google will track us 100 percent of the time.

Well, it's not Google that will be tracking you. It will be the, you know, cameras that are keeping track of the flow of traffic and your payment on the toll roads and all those other things that will be absolutely normal. Your mobile needs to know where you are so it can connect you to the nearest base station, for example. But it's clear that your location will be a lot more visible than it would otherwise be.

People say, oh, we are globally connected now. But do you really think that this promotes deep understanding between different people, between individuals? Or is it more of a superficial thing?

This is an interesting question. I have several reactions to this.The first one is, that this is the first time we've had the opportunity to preserve culture. And the stories, the music, the art, the buildings and architecture. In a way that many people can experience even if they can't physically go there. We spend a lot of time at Google, we have this Culture Institute in Paris, we are accumulating - or helping others to accumulate - essentially virtual tours of museums all over the world. So in that sense, I think that this is a highly socially valuable preserving activity.

On the other hand, you do know that written communications can sometimes be very confusing. People misinterpret things. Google has gone to an enormous amount of trouble to learn how to translate languages. We believe that as time goes on and more and more material is available to drive our algorithms, that our ability to do a good job of conversion will get better and better. So I actually think, in the long run, that the network will improve our ability to communicate directly and will also improve our ability to experience other peoples' cultures and social norms and conventions, which I hope will make us into the global village that was once imagined in the 1970's.

Vint Cerf is an American computer scientist who is recognized as one of the "Godfathers of the Internet." His contributions have been acknowledged by numerous awards that include the Presidential Medal of Freedom. Cerf has worked for Google as a Vice President and Chief Internet Evangelist since October 2005.

US regulator puts future of net neutrality in question

The US Federal Communications Commission has formally proposed new Internet regulations. Net neutrality activists are concerned that the proposals could create "fast lanes" that discriminate against certain users. (16.05.2014)

The reform of the EU's data protection laws should have been settled before the elections. But political power plays have delayed an amendment meant to protect European consumers from Internet data breaches. (13.05.2014)

Internet search engine giant Google says it is 'disappointed' over a ruling in Europe that people should have the right to request their data be deleted from search results. (13.05.2014)