A press watchdog has accused an Azerbaijani official of threatening a journalist who fled to Germany. The sports minister apparently told Emin Milli - via unidentified third parties - that he "is no longer safe." 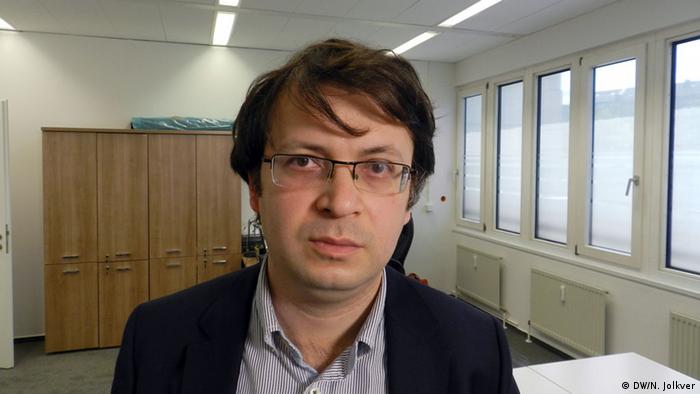 Reporters Without Borders (RWB) reported on Friday that Azerbaijani Youth and Sport Minister Azad Rahimov accused the journalist Emin Milli of running a smear campaign against the country and threatened that the regime would catch him - whether in Germany or elsewhere.

Along with organizations such as Amnesty International and Human Rights Watch, Milli has criticized the Azerbaijani government's human rights record - including in several recent interviews with German media.

"We are stunned that a member of Azerbaijan's government issues such threats against the journalist Emin Milli, who is living in Germany," the German RWB managing director Christian Mihr said. "The government in Baku must finally respect human rights and tolerate freedom of expression and press."

Milli has criticized the amount of money the Azeri regime put into hosting the European Games, which run until Sunday and have drawn more than 6,000 athletes from 50 countries, as well as the performer Lady Gaga. The opening ceremony alone had cost an estimated 85 million euros ($95 million).

According to RWB, Milli spent 16 months in an Azerbaijani prison for his critical views, beginning in 2009. He subsequently moved to Germany.

The government dismisses allegations of rights violations and that it holds political prisoners. However, Azerbaijan denied entry to several journalists and rights activists ahead of the European Games.

Though he did not address RWB's accusations on Friday, Sports Minister Rahimov was keen to discuss the competition. He said the inaugural European Games had put Azerbaijan on the world and European map.

"The first European Games will go down in sporting history," Rahimov said in a statement on Friday. "I'm very proud of what has been achieved in Baku and the positive feedback we have been getting. It has been a success for Azerbaijan and will be a launch pad for future sporting events we will host."

Next year Azerbaijan will host a Formula One race through Baku, the capital, the 42nd Chess Olympiad, and soccer's European Under-17 Championship. It will also stage matches in the Euro 2020 competition.

"There is a new culture growing, this is very important, of supporting the development of sport," said Rahimov. "Every ticket sold is an important contribution to sustain and maintain our sporting arenas and develop our athletes in different sports."