Little more than a month before the European Games commence in Baku, a leading human-rights group is calling for a boycott of host country Azerbaijan. The group says the political situation there is dire. 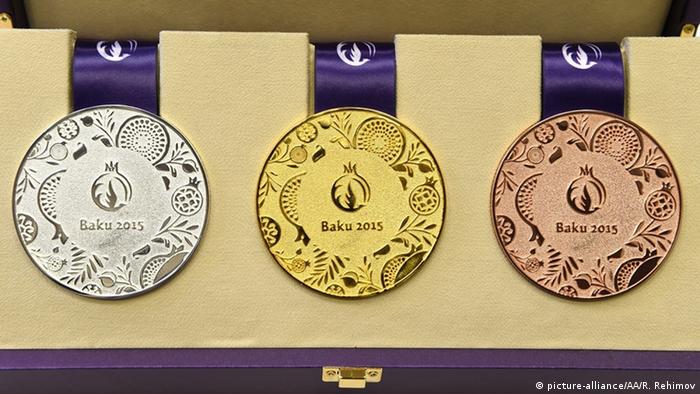 Speaking in Berlin ahead of the first-ever edition of the European Games, which will take place in Baku from June 12 to June 28, Human Rights Watch's Europe and Central Asia Director Hugh Williamson said that European governments should not send any high-level representatives to the event.

Critics cite Azerbaijan's detention of government opponents and harassment of the journalists ahead of the Games. A Human Rights Watch observer was recently expelled from the country.

"The spotlight is increasingly on Azerbaijan's terrible human rights record and its political prosecutions of critics,” said Jane Buchanan, associate Europe and Central Asia director at Human Rights Watch, in an earlier statement. “This is a key moment for Azerbaijan's partners, including the European Union, to call on Azerbaijan to release the critics it has thrown behind bars and end its crackdown.”

But Human Rights Watch is not calling on athletes to boycott the Games, saying that such a move would punish the wrong people.

Critics say that Azerbaijani President Ilham Aliyev rules as a virtual dictator and that elections in the country, which declared independence from the Soviet Union in 1991, have been neither free nor fair.

A new nadir for human rights