The US gunmaker Remington has filed for bankruptcy protection after years of falling sales. The company makes the Bushmaster AR-15 rifle used in a 2012 mass shooting that left 20 first-graders and six educators dead. 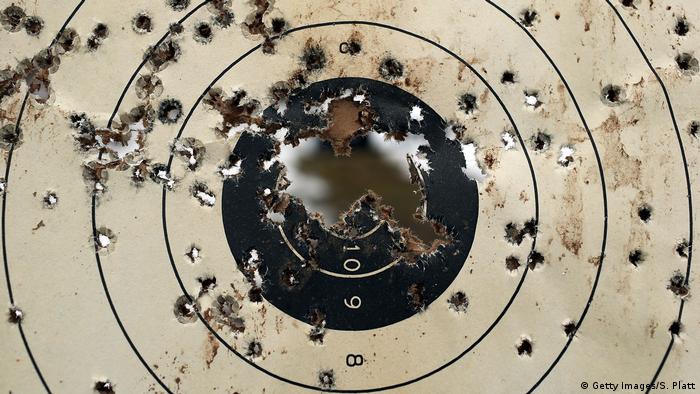 Remington Outdoor Co. has filed for bankruptcy protection to carry out a debt-cutting deal with creditors as pressure mounts in the US for gun control. In February, the gunmaker agreed with lenders to reduce its $950 million ($766 million) debtload by about $700 million and add up to $145 million in new capital. But that only bought time for it to seek Chapter 11 bankruptcy protection, which will allow the company to reorganize under the court's supervision rather than completely cease operations.

In the filing, CFO Stephen Jackson said Remington's sales had fallen significantly in the year before its bankruptcy, leaving the company with difficulties in meeting the requirements set out by its lenders. The company plans to wrap up its bankruptcy as soon as May 3, according to court papers. 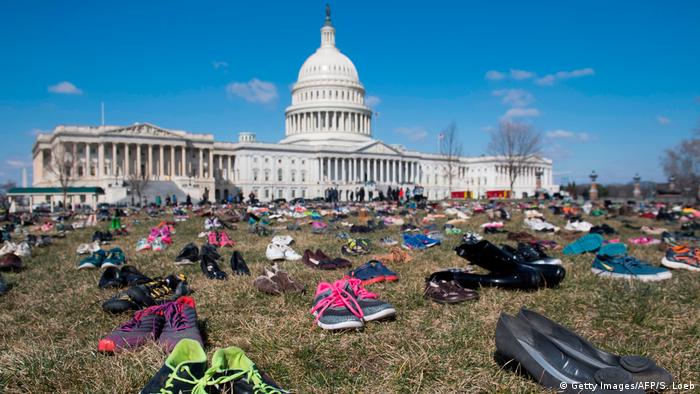 Shoes outside the Capitol represent 7,000 US children killed by guns since Sandy Hook

Though European arms manufacturers continue to find a lucrative market in the US, sales slumped for Remington and other domestic gunmakers as inaction by successive administrations assuaged the fears of stricter firearms laws that once followed mass shootings. Nevertheless, on March 1 the chief executive of American Outdoor Brands Corp., the maker of the Smith & Wesson gun used to kill 17 people at a high school in Florida in February, said some gun retailers had reported increased sales after the shooting.

The February 14 shooting in Florida has intensified the campaign for some form of improved gun control in the United States. The massacre also led to huge anti-gun rallies by more than 1 million people nationwide on Saturday. In some of the biggest youth demonstrations in decades in the United States, protesters called on lawmakers and President Donald Trump to finally confront the issue.

Aside from proposals such as arming teachers, officials remain reluctant to act, but firms have boosted their profiles by taking a stance. Last week, Citigroup Inc. announced that it would require new retail sector clients to sell firearms only to customers older than 21 who pass background checks and to bar sales of high-capacity magazines. Some big-box chains have announced that they will stop selling firearms entirely.