While Europeans decry America's gun obsession, European gunmakers have no qualms about selling firearms that are tightly regulated at home to the US. It comes as no surprise to discover where those guns pop up. 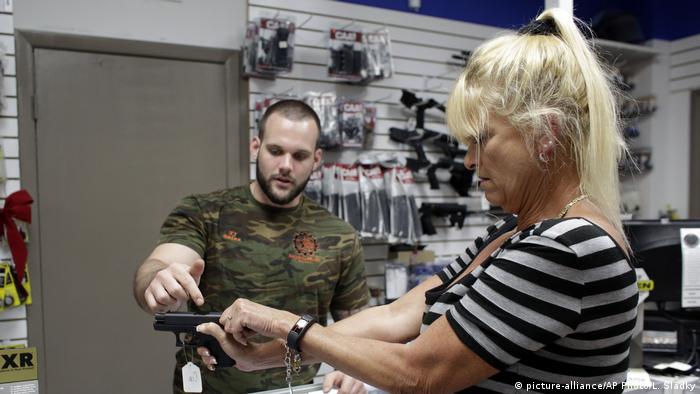 What links some of the deadliest massacres in US history?

That they were carried out with guns imported from Europe or produced by European-owned companies in the US.

The gun used in the June 2016 mass shooting in a gay nightclub in Orlando that left 49 people dead — at the time the worst massacre in US history — was a Sig Sauer MCX rifle. SigSauer is owned by Germany's Lüke and Ortmeier Holding Gruppe.

Assault-type weapons like these are either banned or heavily regulated in Germany where they can only be purchased with a special license.

Guns by Austrian arms maker Glock and Germany's Sig Sauer were used in the December 2012 massacre in a Newtown, Connecticut elementary school that left 28 people dead — until the recent shooting in Parkland, Florida, the worst high school shooting in US history.

A Glock gun was also used in the shooting spree inside a movie theater in Aurora, Colorado in July 2012 in which 11 people were killed.

A semiautomatic weapon by the Austrian gun producer again featured in the January 2011 massacre in Tucson, Arizona, in which six people were killed and Congresswoman Gabrielle Giffords was seriously injured.

Guns by Italian manufacturer Beretta were used in the April 2009 shooting in an immigration services center that left 14 people dead in Binghamton, New York.

A German Walther and an Austrian Glock gun were used in the June 2007 rampage at Virginia Tech University that left 33 people dead — also at the time the worst mass shooting in US history. 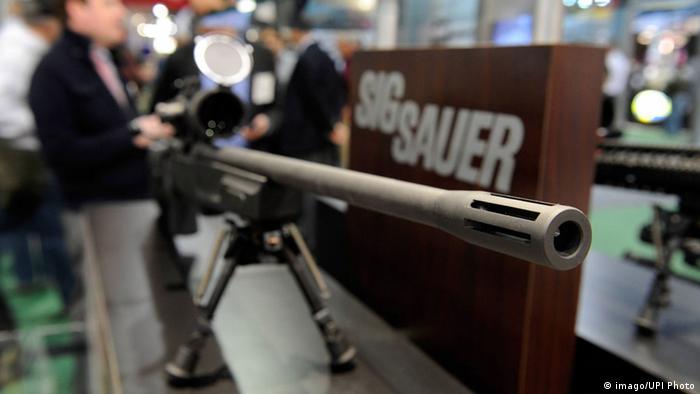 A Sig Sauer rifle on display at a US gun show

All guns used in these mass shootings were bought legally in the US.

This list of European guns featuring in US massacres is not exhaustive, just exemplary.

European gun-makers have doubled their exports into the US civilian market between 2010 and 2016, according to US government data compiled for DW by small arms trade expert Nicholas Marsh of the Peace Research Institute Oslo (PRIO).

In 2010, European-origin guns accounted for two million of the estimated eight million US civilian gun market.

In 2016, European-origin guns accounted for four million of an estimated 16 million US civilian gun market.

It shows that European gun-makers have kept pace with the market and ratcheted up their sales to Americans accordingly.

While European gun-makers have doubled their exports into the US firearms market in less than a decade in part by marketing guns that are banned or regulated in their home countries to Americans, there has been little public knowledge or discussion about the role of European firearms in America's gun violence epidemic. "There is no debate about this in Europe really," said Marsh. Similarly, the significant role of European guns has also not featured in the US debate about gun violence.

One in every four guns of European origin

As a consequence, European gun-makers defended their share of the US gun market between 2010 and 2016, according to PRIO researcher Marsh's analysis of data from the Bureau of Alcohol, Tobacco and Firearms (ATF).

"It was 25.7 percent then and it is 25.7 percent now," he said, which means that then as now one out of every four guns in the US is of European-origin — with the key difference that the sheer number of European guns has doubled from two to four million.

The largest European player in the US market is Austria with more than 1.3 million guns exported in 2016 compared to 434,374 in 2010. Austria's gun share stems almost entirely from Glock handguns, which are some of the best-selling firearms in the US.

What is interesting about HS Produkt, said Marsh, is that the firm's entire business strategy revolves around marketing guns to Americans. "The US market is basically what this company is selling into," he said. "So you have a company in Croatia which basically spends its time supplying the US market." 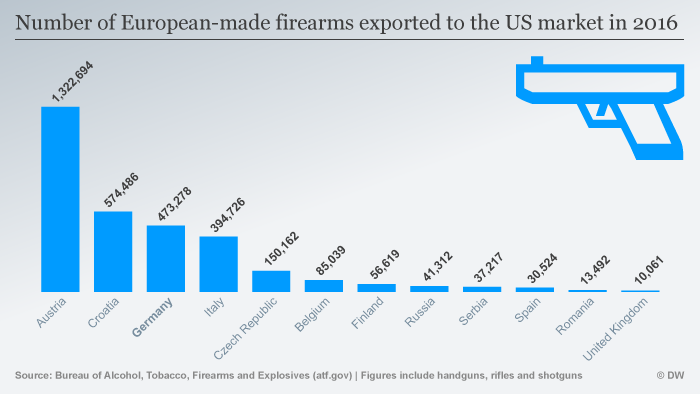 European gun-manufacturers are not just swamping the US market with guns. Just like their US counterparts, they are also major donors to the National Rifle Association (NRA), the powerful US gun lobby.

A study by the Violence Policy Center (VPC), a Washington-based gun control group, found that European gun makers gave the NRA at least $2.175 million (€1.764 million) in 2012.

More current data on donations from firearms companies is "very hard to come by," said VPC Executive Director Josh Sugarmann, as the organization is not publishing this information.

Sugarmann said its reluctance to disclose corporate donors is not surprising since this would show that the NRA has evolved from a gun owner's organization into a lobby for the gun industry.

"So when the NRA opposes a specific piece of legislation it is not just about stopping gun control, the real issue is how does it affect the industry and gun sales," he said. "If you add three more years to where a potential customer can't buy that assault rifle, as is currently being discussed, that's very very significant to the industry." 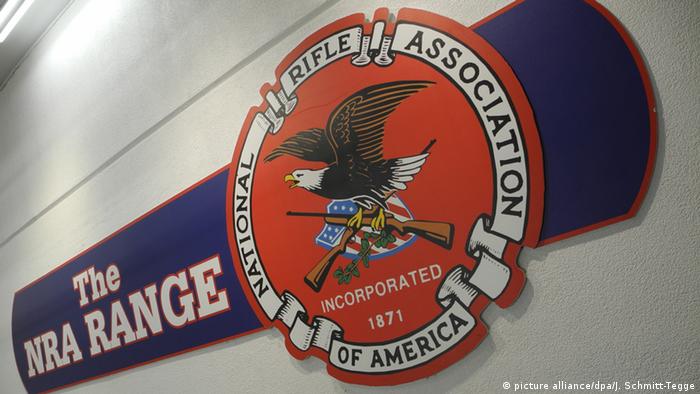 European gun makers are staunch supporters of the NRA

While complete current figures of European gun-makers' financial support for the NRA are not available, some notable efforts to support the NRA are.

German-owned Sig Sauer currently sponsors a format called "Empower the People," a series on the NRA's TV branch, NRA-TV, designed to show "just how relevant and effective advanced training can be for normal gun owners." Appropriately, the series is set at Sig Sauer Academy in New Hampshire.

Sugarmann says it's little wonder that European gun-makers are flooding the US market. "For the world, we are the last great legal gun market. That's where companies can dump their guns."

But what Sugarmann takes issue with is the stance of European governments.

"I think it is hypocritical for foreign governments that have moved to pass restrictive gun laws to protect their citizens to allow the export of these weapons to the US," he said.

Sugarmann believes that Europeans would put pressure on their governments and European gun-makers if Europe's role in gun violence in the US was more widely known.

"I do think if there was more focus on the role these companies play, the fact that they can ship guns to the US that are banned in their own country, that are then used in massacres, I think people would be outraged," he said. "And I think, to be honest, they would also have some feeling of moral responsibility."

Austria's Glock, Germany's Sig Sauer and Italy's Beretta did not respond to DW's requests for comment.