They may take a two goal lead to Holstein Kiel but Wolfsburg's continued presence in the Bundesliga is far from assured. Despite a 3-1 loss, the second tier side showed enough to worry the Wolves on Monday night. 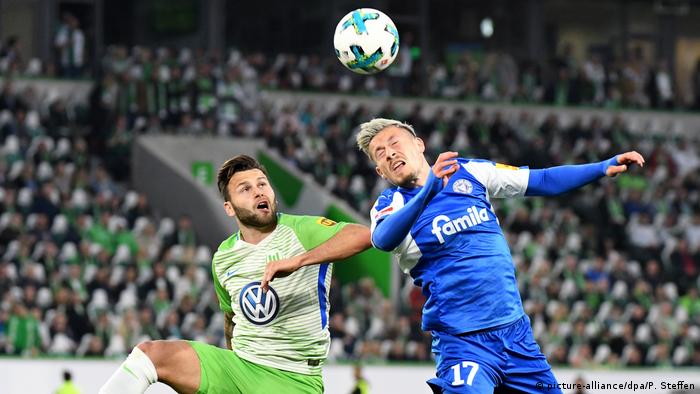 A match that threatened to turn in to a rout ended up with Wolfsburg rocking, as Holstein Kiel poured forward in search of a precious second away goal during Thursday's first leg encounter at the Volkswagen Arena.

It never quite came but that frantic spell gave the 2. Bundesliga club plenty of hope that they can become the first second tier club since Fortuna Düsseldorf in 2012 to be promoted through the playoff. Only two second dvision sides have won out in the nine years since the playoff was re-introduced.

"Once we’d found our rhythm we scored a really nice goal and I thought we had a chance of getting something," said Kiel coach Markus Anfang, whose work in taking the club to the verge of a second successive promotion has won him the chance to coach Cologne from next season. 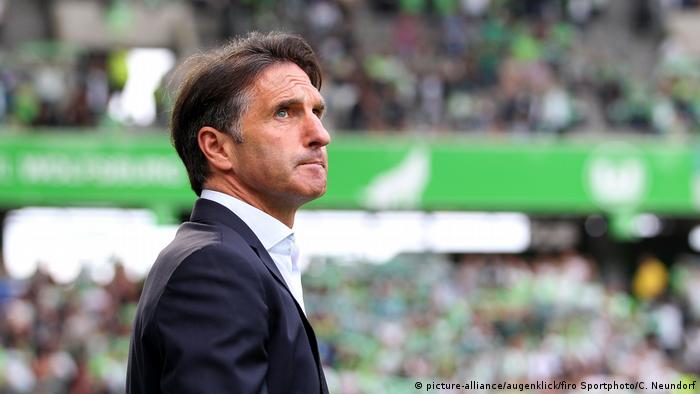 "We played really well after their third goal and it was one-way traffic for the final 20 to 30 minutes. I think we deserved to get a draw. It’s a shame we weren’t able to do so.”

Some may suggest it was a shame for the neutrals too, but Wolfsburg boss Bruno Labaddia, who kept Hamburg afloat in the 2014-15 playoff, believes his side still have plenty of work to do.

"I’m expecting another tough encounter on Monday," he said after the 3-1 win. "We know what to expect and we’re aware that we haven’t achieved anything yet other than a first-leg victory.”

While Kiel's entire squad is valued at less than the €17 million Wolfsburg paid for American center back John Brooks a year ago, they were the 2. Bundesliga's most prolific team this term and in Marvin Ducksch boast the league's top scorer, with 18 goals.

Ducksch was guilty of missing arguably the best of Kiel's late chances in the first leg. Neither he nor his club can afford to be so profligate on Monday evening.