Wolfsburg clinch the double with cup win over Bayern 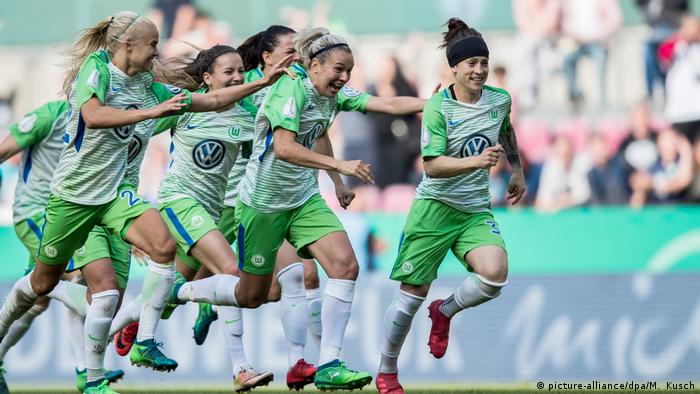 It was a German Women's Cup final that had been played on a knife's edge from start to finish, but it was the Wolves who secured the domestic double after retaining their cup title for a third season running. Stephan Lerch's side are now eyeing the club's second treble, having achieved the feat at the end of the 2012/13 campaign.

Nothing to separate the sides

A thrilling first half saw the sides go in at the break with the scores level, though it could well have been with a couple of goals apiece had either side proven more proficient in front of goal.

Bayern were the more ambitious in the opening exchanges and came within a whisker of taking the lead on the quarter-hour mark when Wolfsburg keeper Almuth Schult was at full stretch to tip Fridolina Rolfö's long-range effort around the post. 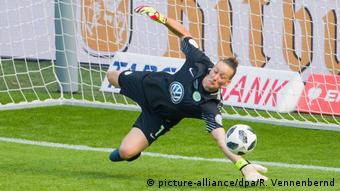 Goalkeeper Almuth Schult proved to be one of the heroines for Wolfsburg's women.

However, when the challengers failed to make the most of a dominant opening half hour, the Wolves took control of proceedings either side of half time. Star striker Ewa Pajor was denied on the stroke of half time after seizing on a mistake by Melanie Behringer, before failing to get her head on a gift-wrapped cross after the restart.

Both sides had promising spells and half chances throughout, but failed to separate themselves over the course of 120 minutes as tired legs began taking their toll in sunny Cologne.

Schult and counterpart Manuela Zinsberger both saved two of the first four spot kicks they faced. However, with Kristin Demann also hitting the bar for Bayern, it was left to Wolfsburg's Caroline Hansen, who had battled through multiple minor knocks, to score the winning penalty.

Having come out on top against their biggest challengers on home soil, Wolfsburg will now turn their attention to clinching the treble when they look to topple titleholders Olympique Lyon in the Women's UEFA Champions League final on Thursday.