India's top court has ruled authorities should regulate the sale of acid, which is often used in attacks on women. But that's not enough, says Suneet Shukla, a campaigner with Stop Acid Attacks. Society needs to change. 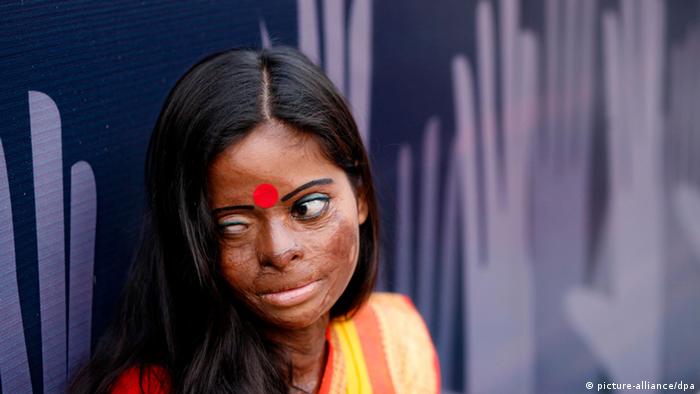 Customers are now required to present a photo ID when buying acid; retailers have to register the customer and write down name and address, India's Supreme Court recently ruled. Acid burns the victim's skin and leads to horrible injuries. There are no official statistics about acid attacks, as they are not documented as distinctive crimes. According to the Stop Acid Attacks campaign, about three to four cases are reported every week in India. The New Delhi-based campaigners are lobbying for stricter regulations and a change in society.

DW: Until recently, it was very easy to buy acid on the streets. This and the fact that it is quite cheap made it a very accessible weapon. Will stricter rules curb acid attacks because acid is harder to get?

Suneet Shukla: It's certainly a first step towards curbing the crime. But in India, a lot of people sell acid in small stores, in rural areas and in towns. So as far as I see it, it's very difficult to implement the regulation of selling acid on ID cards and shopkeepers making a note of it. The Supreme Court's regulation came on July 18. From then until now we've encountered four more cases of acid attacks in the country.

Why can't acid be completely banned from the streets?

They use it to clean domestic drains, to clean toilets. Even if people stop using it as a domestic cleaner, there are several other uses of acid in industries in India - the dying industry uses it, the glass industry does as well, the drillers use it extensively, and it's used in battery manufactories. There are a lot of possibilities where people can still procure acid if it's not available over the counter.

Why are remote places unable to keep track of acid sales?

It's not just remote places. The Indian local media has been highlighting that the sale of acid is still going on even in New Delhi without any regulation. And we've also witnessed cases of acid attacks after the [Supreme Court's ruling]. That explains how efficient the mechanism to implement the regulation works in India. The police already have a lot of responsibilities it is failing at. 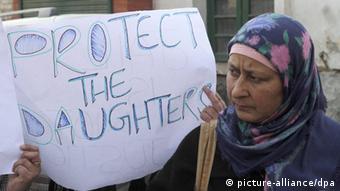 It's usually women and girls who are attacked

The regulation is not going to control it entirely. It can probably control the crime to some extent. If there were 10 cases happening today, it might come down to eight, seven or six cases maybe. But I'm concerned the crime is going to continue to happen.

What can be done to curb attacks?

In India, there is a very strong patriarchal society at the core of this crime. There are a lot of problems of how we treat our women. People need to be sensitized - they are really passive and indifferent towards this crime, the kind of hurt it causes, the kind of pain it causes to a person and the way it destroys the [victim's] entire life. They cannot move out of their houses for the next three or four years because they need a lot of medical care. There are a lot of women who have lost their eyes; their ears have melted away because of the acid. There are women with destroyed noses, face structure.

Overall, are you satisfied with the ruling?

No, not really, because this was a petition filed by Laxmi [who survived an acid attack in 2005] seven years ago - the court has been working on this for the past seven years. All they have done is classified acid attacks as separate violence in the Indian penal code in 2012 and come out with this regulation now in 2013. So it's a very slow process.

When we talk about rehabilitation, the court has again postponed the hearing for four months, and it will probably take another couple of years before it comes up with a regulation for rehabilitation. A lot of survivors we are working with are already struggling with their lives. They do not have funds, they do not have jobs. 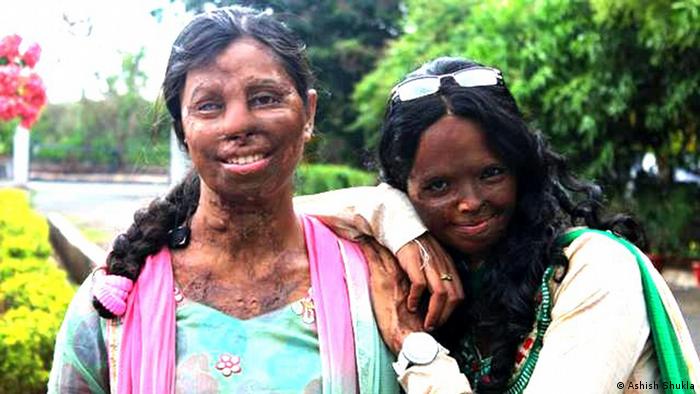 Why do you think the court drags these cases on for such a long time?

From your experience working with victims, how much is needed to cover the expenses of medical treatment?

The Supreme Court came out with a small [compensation] amount of about three lakhs of rupees. But doctors have estimated 35 to 40 lakhs of rupees (44,000 to 50,000 euros; 58,000 to $66,000) are needed for surgeries. We are filing public interest litigation with the Supreme Court - we are asking that court cases are completed within three months, we are asking for best possible medical treatment for the victim right after the attack. In terms of rehabilitation, we want government jobs. In a case of complete disability like loss of vision we want pensions for the victims. 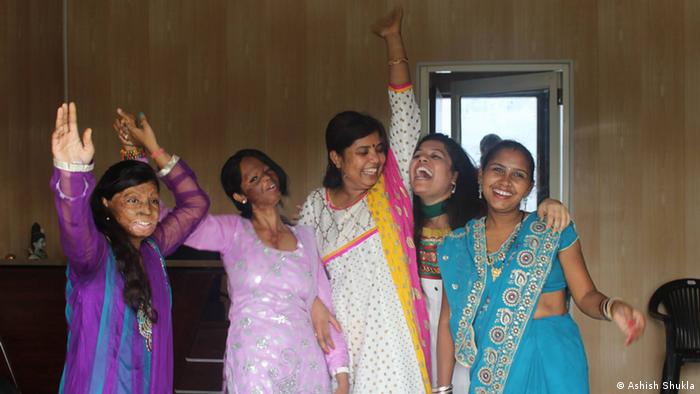 'We want the acid attacks survivors to realize there is a lot of life remaining even after the attack,' says Shukla

You've also talked about educating society. It is usually beautiful, young women who are attacked - sometimes by a stranger, but sometimes by people they know well like a spurned lover. How can they be better protected?

The crime cannot be entirely controlled by laws and regulations. You need to have a change in the mindset of the people: In the way people treat their women, in the way lovers probably get into relationships. People should understand that rejection does not mean you scar a woman's face. If you are in love with someone, you don't do this to a woman. It's this sort of education which can be probably propagated through flash mobs, through street plays, through social media campaigns. That is our primary goal.

To engage in a dialogue or in a judicial process with the government is something we are bound to do. We have to do this to get a stricter set of laws, to get better, more constructive punishment and to get better rehabilitation facilities for the survivors. We want the acid attacks survivors to realize there is a lot of life remaining even after the attack and we want them to come out and be as confident individuals as they were before the attack.

Suneet Shukla is a campaign coordinator with Stop Acid Attacks in New Delhi.

Honor killings are a common way of revenge in Pakistan. They are no longer limited to internal family disputes. Women fall prey to violence and abuse in society on a daily basis. (07.11.2012)

The physical and emotional scars of acid violence last a lifetime. Many survivors have spent years waiting for their attackers to face justice. In Cambodia, an end to the violence remains elusive. (16.10.2012)