Honor killings are a common way of revenge in Pakistan. They are no longer limited to internal family disputes. Women fall prey to violence and abuse in society on a daily basis. 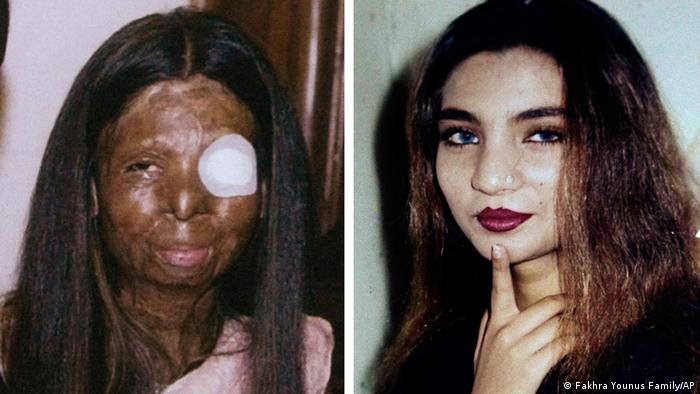 A brutal acid attack on 15-year-old Anusha in Muzaffarabad, Pakistan last week once again highlighted the rampant problem of abuse towards woman and girls. The girl's parents had accused her of "looking at boys" - something they said brought shame to them. Their response was to douse her in acid. She died on November 2 suffering 70 percent burns.

Rukhshanda Naz, a Pakistani lawyer and activist, told DW the core problem was that in patriarchal societies, men saw women as commodities. 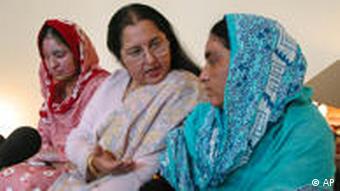 "When a man proposes marriage and the girl refuses, they feel shamed and attack them. Husbands who mistrust their wives consider them as their property; they destroy the faces of their beautiful wives because of suspicions and anger."

Commenting on the latest incident, Naz said, "One knows that as a woman, a mother always has a soft spot for her children. But when the woman lives in a patriarchal society where honor killing are acceptable, they get dragged into the crime with other male members of the family."

Last month in a tussle between Shiites and Sunnis in Parachanar, in northern Pakistan, a bus of 15 people, among them women, was attacked. They had been travelling back from Khota after taking exams. Nabeela Khatoon, a college student and mother, was on that bus at the time of the attack.

"We heard a blast, then guns were fired and then we were doused with acid. I was sitting at the left side window of the bus. My left thigh, arm and face were burnt," she told DW.

The Acid Survivors Foundation is all too familiar with such cases. Mahrukh Arif, project coordinator of the foundation in Islamabad, told DW "People think acid throwing is a simple act. They throw acid for revenge and then just walk away."

Her foundation gives survivors medical, legal and psychological support to victims of acid attacks. It also helps reintegrate them back into society after their surgeries. "We teach them skills like sewing at our center so they can be a little independent and can survive once they leave. They cannot have a normal life, but when they go back home they are at least capable of doing something."

The organization also offered support in the making of Daniel Junge and Sharmeen Obaid-Chinoy's documentary on survivors of acid attacks. The film won an Oscar at the 2012 awards ceremony, yet it was banned in Pakistan.

Junge told DW that even victims themselves had joined in the protests to have the film banned - possibly because they feared it would provoke more attacks. 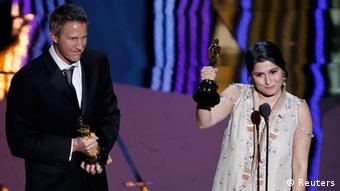 "We're obviously disappointed because Pakistan is the most important place to show the film. I can only hope that at some point we can release a version there which respects the wishes of the women who want their story told," he said.

Rights activist Javed Qazi said the only solution was to create awareness about the issue. "Acid throwing is an urban issue especially amongst the lower middle class. A woman is allowed to live but her face is scarred. That is the biggest tragedy.

"In rural areas, it is relatively easy to keep a woman in bondage. In urban areas, it is not as easy, as it is more difficult to force women to follow Islamic code such as wearing the hijab," Qazi explained.

Junge echos the concern, "I applaud the work thus far of the Pakistani government in addressing the issue with the new law and I know there are many now working on further buttressing it, like by restricting the sale of acid."

But what was equally important, he said, was the introduction of an educational initiative behind acid violence.

There are no accurate statistics available. Some estimates have put the number of women attacked annually at around 900.

Many women living in Pakistan, India and Bangladesh have been the victims of acid attacks that have distorted their faces. In Pakistan in 2009, there were 48 registered cases. Only a third of acid attack victims are officially reported, estimates the Acid Survivors Foundation, a non-governmental organisation. A new domestic violence draft law to stop these attacks is currently under review in the Pakistani parliament. (14.01.2010)