Refugees′ suffering grows in Bulgaria | Europe | News and current affairs from around the continent | DW | 25.11.2016 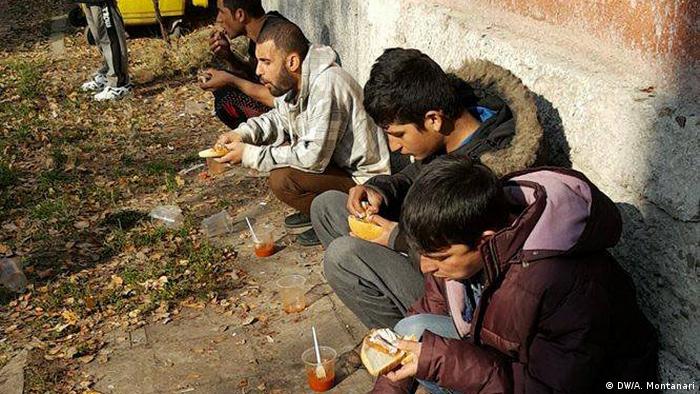 "I wake up and I always find a long queue in front of the boys' toilets. They think that with bathing we can get rid of the infections," Taleeb tells DW, showing the signs on his skin. "Everybody rushes into the bathrooms to take a shower as cold as ice. Do you think they will remain healthy?"

Taleeb is one of the migrants in the Harmanli camp in Bulgaria. It was placed under quarantine on Monday for sanitary reasons. On Thursday, Afghan refugees organized a protest against the camp authorities. The protests turned violent as they clashed with the local police, who fired rubber bullets and used water canons. Several people were severely injured, while more than 200 have been arrested according to the Bulgarian Interior Ministry. "It was like a horror movie," said Taleeb. 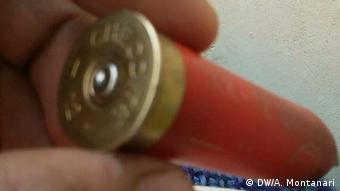 Harmanli is the closest camp to the border between Turkey and Bulgaria. A former military base with a capacity of 2,710 people, it's the biggest reception center in Bulgaria. Last month it received a further 3,400 migrants - more than it can comfortably host and the center is now operating beyond its capacity.

The decision to close the camp came after a medical inspection ordered by the Regional Health Directorate. The doctors found 111 sick people. Among them, there were various cases of skin diseases, acute scabies and dermatitis. Most of the examined children had contracted chickenpox. One of the migrants was diagnosed with malaria.

In an interview with the Bulgarian network Nova Television, the director of the camp, Dimitar Zahariev, said that there were no recorded cases of malaria in the camp, but admitted there were cases of skin diseases. 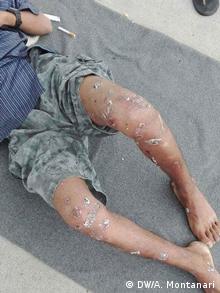 Skin diseases are spreading among the refugees

"We know that cases of scabies exist," says Zahariev. "Those cases were registered at health facilities during the past two or three weeks." The director also claimed that five doctors are permanently present in the camp, treating and helping the asylum seekers.

Zahariev's statement was contradicted by migrants and social workers in the camp, who say that no doctor is present at the moment or on a regular basis.

The State Agency for Refugees (SAR) told DW that besides the two medical professionals who usually work in the center, a specialist in dermatology also visited the center.

"Six men in anti-contagion suites came here," says Rasheed, a Syrian translator working for the Red Cross. "While they were disinfecting the rooms, migrants had to wait outside for hours in the cold."

Poor health conditions in the camp have been reported by social workers and asylum seekers since the beginning of October, when new waves of migrants arrived.

"Families complained," Rasheed told DW. "Eleven people are living in just one room. The camp's water pipes don't work properly and nobody has access to hot water. At the beginning of November a mechanical issue left the whole camp without running water for four days," he said.

But despite this sharp increase in immigration flows, Bulgaria is largely considered to be a transit country rather than a final destination for refugees. "Many people don't want to stay because they don't see any future for them in Bulgaria," says Mathias Fiedler, a German researcher who works for the association Bordermonitoring Bulgaria.

A lack of comprehensive integration programs and job opportunities coupled with xenophobic groups operating along the border make things very difficult for those willing to stay.

"In Bulgaria refugee law is not taught in any faculties," says Iliana Savova of the Bulgarian Helsinki Committee. As a consequence, many lawyers entitled to represent asylum seekers during legal proceedings lack theoretical and practical expertise to deal with those sensitive issues. "In some cases unqualified legal assistance may push the judge to deport people to countries where the death sentence is applied," Savova told DW.

Police are currently monitoring the camp around the clock following a series of protests. Two weeks ago riot police were deployed in Harmanli during a demonstration inside the facility. There were no clashes between the policemen and the migrants, but discontent among refugees is spreading. "New arrivals found the Bulgarian centers to be understaffed," says Rasheed. 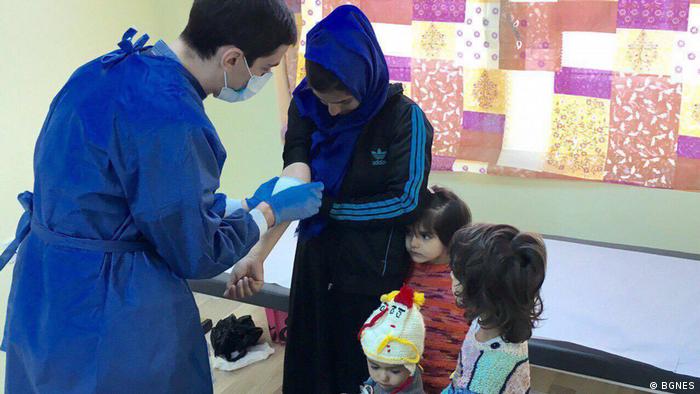 Asylum seekers who decide to stay have to wait more than 20 days to get a temporary ID, which grants them freedom of movement and allows them to get out of the camp whenever they want. They have complained about delays in registration procedures due to a lack of SAR officers and translators.

"In Harmanli two translators didn't receive their salary and their contract expired," says Tzvetko Tzankovski, founder of the NGO Refugee Support Group. "As far as I know, it could also be the unofficial policy to just let people go. Why should anyone work on a procedure if the applicant would leave the country in 48 hours?"

Meanwhile, new illegal businesses are flourishing, taking advantage of the vacuum left by the authorities.

Asylum seekers in Harmanli are said to have paid more than 1,000 euros to Bulgarians who offered to help. This "help" involves selling them the answers to immigration interviews that decide whether they warrant humanitarian or refugee status.

And there is increasing unease among the local population. "We want more police in the dangerous areas," one woman told a local television crew. "The whole town knows that there are diseases. How can we protect ourselves? They are everywhere. In the grocery stores we touch the same objects," she said.

Stories of agony, loss and sacrifice: how the war changed Ukrainains 24.08.2022

A fighter with the National Guard, a Kyiv-bas and a refugee from Mariupol tell DW what they've gone through, since Russia invaded Ukraine.