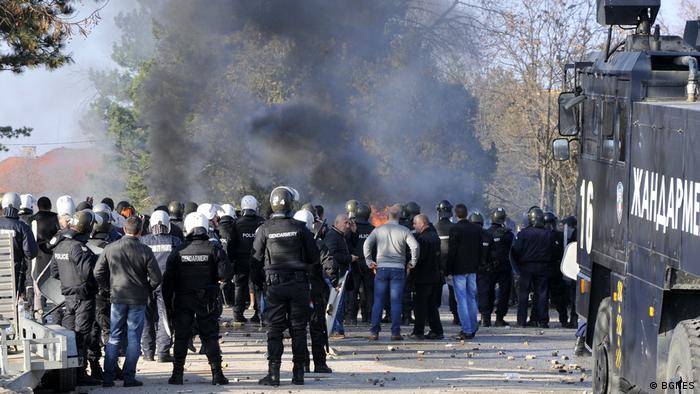 About 2,000, mostly Afghan, refugees burnt tires and furniture and threw stones at some 250 police officers, gendarmerie members and firefighters at the Harmanli reception center.

More than 400 migrants were arrested as police quelled the protest with rubber bullets and water cannons.

The migrants were protesting recent bans on leaving the camp, imposed after alleged outbreaks of infectious disease within the center.

Arrested protesters face extradition to Afghanistan as early as next month, Prime Minister Boyko Borisov said on Friday after canceling a trip to Hungary.

"I am very worried ... You see there is no window left unbroken. The people who committed these acts of vandalism will be brought to justice," he told reporters.

"Based on an agreement between the European Union and Afghanistan we have asked for a plane to start extraditing people there in early December. As for the rest, all who have acted brutally and violated public order will be moved to closed camps."

Local police chief Nina Nikolova told the AFP news agency earlier Thursday that the situation was under control and the protesters were talking with the state refugee agency.

But clashes reignited in the evening when police used two water cannons to force the group back into the buildings and prevented them from leaving the center.

Authorities had sealed the camp to investigate reports of contagious diseases in the center.

Last week Harmanli residents, supported by nationalists, held a protest calling for the camp's closure following local media reports of skin diseases such as chicken pox as well as viral infections in the camp population. 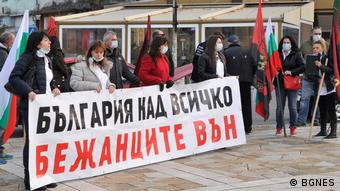 The head of the Bulgarian Refugee Agency, Petya Parvanova, told BNR reports of disease were false and there was no medical reason to quarantine the camp.

Refugees clash with police in Greece

On the Greek island of Lesbos, dozens of frustrated migrants briefly fought police after two people were killed and two others were injured in an accidental gas canister fire at the Moria refugee camp late on Thursday.

Dozens of tents were burned and container cabins with medical supplies, clothes and documents were damaged, a police official said.

One of the more disturbing effects of the refugee crisis is the increasing number of unaccompanied minors. As Emanuela Barbiroglio and Ambra Montanari report from Sofia, the situation in Bulgaria is particularly bad. (02.09.2016)

Volunteers connected through social media have come to the aid of people seeking asylum in eastern Europe, where governments have failed. Peter Georgiev reports from Sofia. (24.12.2015)

A group of migrants was stopped by police as they attempted to cross from Serbia to Croatia on Monday. Migrants have become increasingly frustrated as Balkan borders remain closed. (14.11.2016)