Child refugees struggle alone in Bulgaria | Europe| News and current affairs from around the continent | DW | 02.09.2016

One of the more disturbing effects of the refugee crisis is the increasing number of unaccompanied minors. As Emanuela Barbiroglio and Ambra Montanari report from Sofia, the situation in Bulgaria is particularly bad. 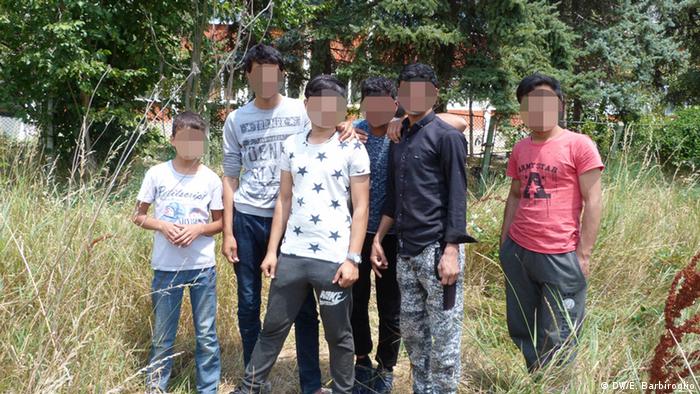 Mamhood is 15-years old, Baser and Fateh* are 12. The first two come from Afghanistan, the latter from Pakistan. What they have in common is that they all have spent some time in a detention center in Bulgaria, which is illegal.

Mamhood has just arrived in the open camp in Voenna Rampa, Sofia, after two weeks in a detention center.

"It was so bad, I could not sleep, the air was smelling and I was there alone," he told DW. "There were many problems, everyone was fighting, there was no food."

Mamhood parents, along with his whole family, are still in Afghanistan. He said goodbye to his loved ones almost six months ago and travelled alone through Iran and Turkey when he was 14-years old.

Fateh spent 10 days in Busmantsi - one of the three detention centers for foreigners in Bulgaria. "Police knew I was alone: I told them my family is in Pakistan." Authorities couldn't mistake him for an adult either. He does not weigh more than 40 kilograms and does not look older than 12. In the picture on his documents, his hair is shorter and he looks even younger. 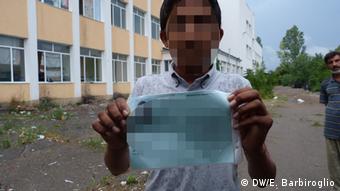 Rahat is just one of the many unaccompanied minors

The UN New York Convention on the Rights of the Child outlaws minors' detention. When it comes to unaccompanied minors, it is also an infringement of Art. 44(9) of the Law for Foreigners in Bulgaria.

Nevertheless, at the beginning of 2016, inspectors sent by the Office Of The Ombudsman identified many unaccompanied minors held in the detention centers for migrants.

A total of 142 children are currently registered in the detention centers of Busmantsi and Lyubimets, many of them alone. Authorities simply appointed them to fake parents because, in exceptional cases, detention of up to 10 days is allowed if children are traveling together with their family.

"They are not accompanied by their parents or members of their families, but they are attached to adults who are not their relatives at all," Deputy Ombudson Diana Kovatcheva told DW. "At some point it might become clear that some of those children are not with their parents, but at the moment we don't have such information."

The adults are usually glad to have unknown children assigned to their care, as they think they'll have a better chance to leave the country and cross the border, and families tend to receive a better treatment than individual refugees. So there are cases when people lie out of fear. 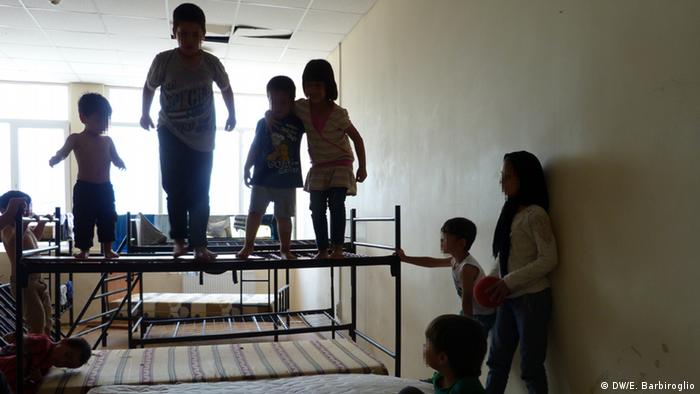 Sadie George is a British volunteer who has been working as an educator for more than two years at the Harmanli refugee camp, 60 kilometers away from the Turkish border. Inside the classroom where she teaches English, George recounts the story of one unaccompanied child. "Being the first born of a seven-member family, the boy came alone to Bulgaria when he was just 12. When the police caught him and the group he was with, he was scared and lied telling them he was traveling with a family member."

As a result, he stayed in a closed camp for two weeks, alone, before reaching the Harmanli camp. Nobody knew about his case and George says she got the information when the boy's family managed to reach him in Bulgaria. "These things are often not discussed. I can talk about this case because I know the family, but I believe it happens more frequently," she told DW.

Baser's case is similar. His 'fake' mother lied to the police in order to protect him. She and Baser lived for eight days in the closed camp of Busmantsi before being moved to the open camp of Voenna Rampa. They have been traveling together since they left Afghanistan. For the Bulgarian authorities, Baser is officially her son.

"Asylum applications, interviews, and assessments could take weeks, or even months, and the result is that asylum-seekers are, and will, be placed in unlawful detention, contrary to International and European Human Rights Law," Kirsty McNeill, director of Policy, Advocacy and Campaigns for Save the Children, told DW.

Without any documentation, Bulgarian authorities struggle to identify unaccompanied children and a family is supposed to be the ideal environment for them. There is, however, a specific procedure which doesn't include detention. Any unaccompanied child kept by the Bulgarian border police can and should be moved immediately to an open reception center.

According to the law, a legal representative - who guarantees the child's access to his or her basic rights such as education and health - should be attached to the minor. However since these representatives are selected randomly among municipal employees, this system barely works and children rarely meet their guardians and cannot effectively rely on them. 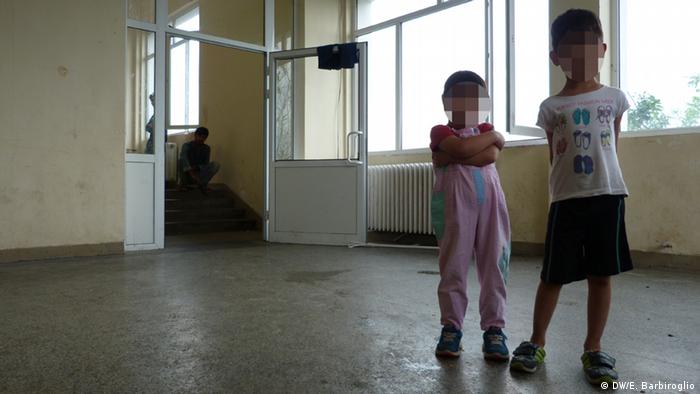 Left to their own devices: Without proper guidance these children face a difficult future

Ultimately, it is more convenient to register minors with fake parents to facilitate deportation. "Under the general legislation regarding the third country nationals there is an explicit prohibition for the detention of unaccompanied minors introduced in 2014," says Iliana Savova, director of the Refugee and Migrants Legal Program of the Bulgarian Helsinki Committee. "But the same law says that those unaccompanied minors, who try to cross the border illegally and are travelling with their families, can be detained for the purpose of deportation," she told DW.

According to Lydia Staikova, who works as a volunteer with Sadie George in Harmanli, Afghans migrants face a myriad of challenges to find asylum in European countries. They have been living in a war-ridden country all their lives and have missed out on an education and are often helpless.

That's one the reasons why people like Staikova and George are teaching them English. With their help, young boys and girls who came to Bulgaria as refugees will at least get an opportunity to catch up on what they've missed. At the same time, those teachers hope to keep children away from trying their luck with the smugglers.

*Names haven been changed to protect the boys' identities.