More than twenty people drowned when their boat sank between Turkey and the Greek island of Kos, a major hub for refugees hoping to reach Europe. This is the second such tragedy in three days. 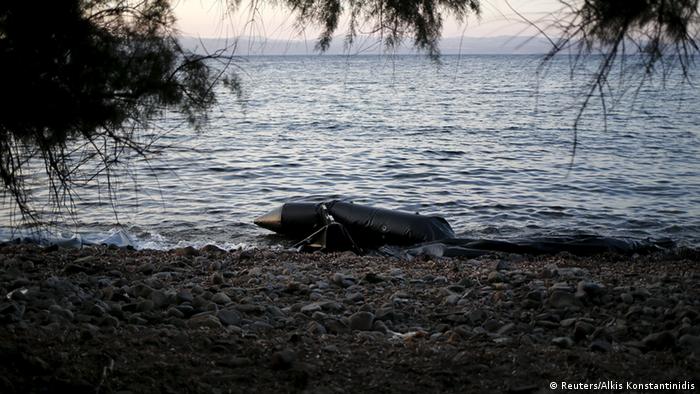 At least 22 people died when their boat capsized in the Aegean Sea between Turkey and the Greek island of Kos, according to local media. A further two hundred refugees were rescued off the coast of Datca peninsula in southwestern Turkey.

The boat went down not far from the resort town of Bodrum, which made international headlines two weeks ago as the scene of the drowned three-year-old Syrian Aylan Kurdi washed up on the beach.

Turkish news agency Dogan said the refugees were traveling in a 20-meter (66-foot) wooden boat. This most recent tragedy brings the death toll of migrants seeking to travel to Greece from Turkey up to 72 in just the past few days. On Sunday, 34 people lost their lives, including 15 babies and children, when another wooden boat sank off the Greek island of Farmakonisi.

Turkey shelters more than two million refugees, and tens of thousands have boarded boats from its coasts hoping to make their way to Europe.

This has resulted in Europe's largest human migration since the end of World War II. Yesterday, European Union interior ministers failed to agree on a plan to evenly distribute refugees across the 28 member states based on population and wealth of the country, prompting the United Nations Refugee Agency (UNHCR) express how "deeply disappointed" it was at the outcome.

"Decisive agreement is needed without further delay to address the needs, as is bold action based on solidarity from all member states," said the UNHCR in a statement.

The UNHCR estimates that 850,000 people will flee to Europe by the end of 2015, many of them seeking refuge from the four-year civil war that has devastated Syria.

British Prime Minister David Cameron has urged the world to send more aid to Syrian refugees in the Middle East. The UK premier said more help for refugees closer to home would help stem the migrant crisis in Europe. (15.09.2015)