EU interior ministers fail to agree on refugee deal | Europe | News and current affairs from around the continent | DW | 14.09.2015

EU interior ministers were supposed to agree on a relocation scheme for refugees. But they split up without even coming to a common conclusion, postponing any decisions to October. Andrea Rönsberg reports from Brussels. 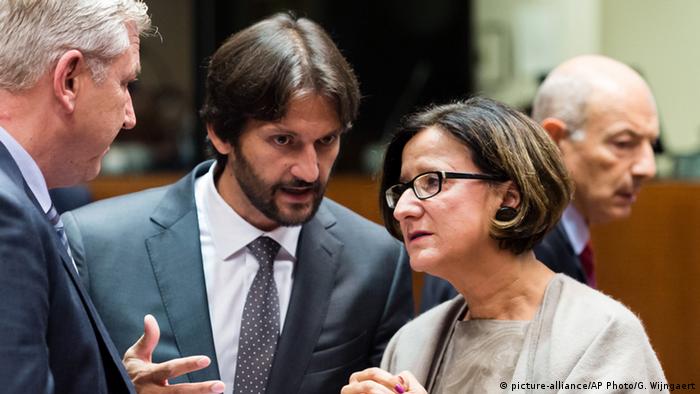 In the end, Luxembourg's minister for immigration and asylum was proven wrong.

"I am convinced that we can muster the power, energy and will needed to not only philosophize, but to take concrete steps toward a solution," Jean Asselborn had said when arriving for the interior ministers' extraordinary meeting earlier on Monday.

But when Asselborn addressed the press some eight hours later, he could not communicate any such concrete steps.

Instead of presenting conclusions agreed by all member states, Asselborn could merely summarize those arrived at by the rotating presidency currently held by his country - though the Luxemburgish minister along with EU Commissioner Dimitris Avramopolous stressed that these were supported by "a very large majority" of EU member states.

Some two hours earlier, when German Interior Minister Thomas de Maiziere and his French counterpart Bernard Cazeneuve addressed the press, journalists crammed into the French briefing room at the EU Council building were led to believe that all member states were about to agree on some minimal measures. 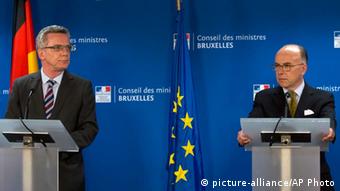 Even then, though, ministers markedly abstained from talking about quotas to relocate refugees from Italy and Greece, where the situation - especially on the islands - has become untenable.

Already in May, the Commission urged member states to relocate 40,000 refugees from Italy and Greece.

Redistributing refugees is supposed to ease the burden of those member states at which most refugees arrive, and which are responsible for carrying out asylum procedures. 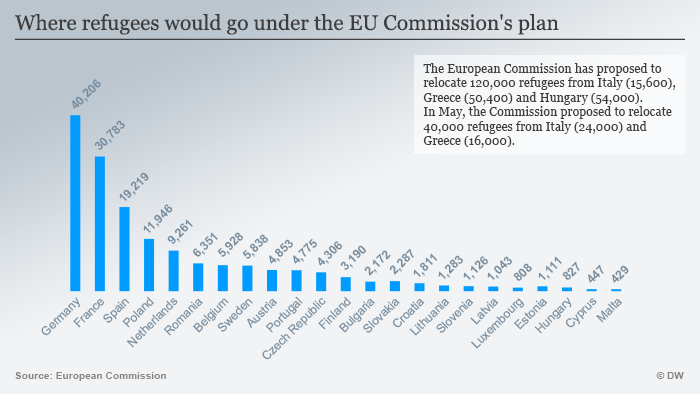 However, ministers only arrived at an agreement on the issue of relocating those 40,000 "in clear need of international protection" who have arrived in Italy and Greece within the last four weeks. This decision had however already been made in principle at a meeting in July, with Monday's adoption a mere formality.

The interior ministers also agreed to adopt a list of safe countries of origin - a measure, however, that was also to be finally decided in October.

Yet with regard to relocating 120,000 refugees, the interior ministers remained divided.

"Some countries apparently don't feel committed to the principle of solidarity responsibility" said de Maiziere. "This will have to change - or else we in Europe will have a problem."

According to de Maiziere and the Luxemburg presidency, ministers might decide on this issue at their next meeting on October 8.

But there was no mention whatsoever about specifics according to which criteria refugees could be distributed.

"The Commission's proposal will serve as a basis for an agreement," Asselborn said. 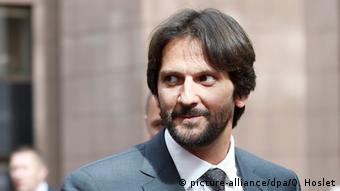 EU member states Slovakia, the Czech Republic, Hungary and Poland, in particular, are the countries that oppose introducing quotas.

"The last week has shown to everybody that quotas don't work" said Slovak Interior Minister Robert Kalinak prior to the meeting. "If 14,000 cross the border from Hungary to Austria, but only 700 ask for asylum, that means something. It means that not only do they not want to stay in Hungary, they also don't want to stay in Austria. And it's not possible to hold them there by force."

Interior ministers left Brussels late on Monday short of taking the "concrete steps" the EU presidency had been hoping for, with Luxembourg's Asselborn reminding them that "time is of the essence" and that "a common problem requires a common solution."

The failure to find such a common solution on Monday prompted criticism from rights group Amnesty International.

"The measures that were on the table were piecemeal at best, and a far cry from a comprehensive EU response to a global refugee crisis, and ministers could not even agree on these," said Iverna McGowan, acting director for Amnesty International's European Institutions Office.

"As the refugee crisis mounts with every passing day, the EU's reaction has been paralyzed, not resolute."

EU interior ministers have failed to reach a unanimous agreement to relocate 120,000 refugees across the bloc's 28 nations and take the strain off Greece, Italy, and Hungary. Track the day's main events here. (14.09.2015)