Food is back on the international agenda. After a few years of easing, food prices reached near record levels in April. One expert says as the world's population explodes, it is time to seriously look at food allocation. 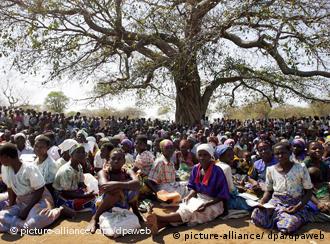 Dr. Patrick Webb is a food expert with over 20 years of experience as a consultant to USAID, the World Bank, the Food and Agriculture Organization and the World Health Organization, among other institutions. Webb is a dean at Tufts University and a professor at the Friedman School of Nutrition Science and Policy. He spoke with Deutsche Welle about the challenges surrounding food and water allocation in the future.

DEUTSCHE WELLE: According to a UN report released this week, the world's seven billionth person will be born in October, 2011. Can we feed this many people?

Patrick Webb: Yes, we can. It's all about allocation of resources. In the past, people have said that there's enough food in the world to feed everyone if we split it equitably. That's not my answer.

The strain on resources comes not from the 6.5 billion people but from the other 500 million in very wealthy, industrialized countries, who use most of the world's resources. Of course, we have to be productive and grow food, but we also have to be looking at the question - How do we waste less food?

If that waste were removed we would have no problem feeding seven billion.

A prominent US environmentalist, Lester Brown, has said we're one poor harvest away from chaos. Would you agree? 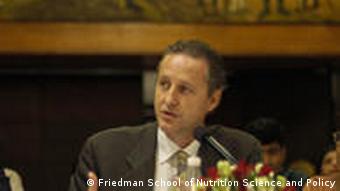 We are perilously close to chaos, but it's chaos in the way that we saw in 2007 and 2008, where failed harvests in Ukraine, Australia and Argentina were coupled with the rising price of oil. Oil prices are closely tied to the prices of fertilizer, transportation of food and the depreciation of the American dollar, because oil is denominated in US dollars.

So, it's not just that if we have a harvest failure, the world will face famine. It's a harvest failure coupled with other problems in the world leading to higher prices. But, again, the answer isn't just to grow more food. The answers lie in other areas like exchange-rate policy, safety nets for the poor and our policies surrounding biofuels.

China, South Korea and Saudi Arabia are purchasing large areas of land in Africa in an effort to secure their food supplies. Is this going to come at the expense of the world's poorest people?

Yes - in the sense that the world's diets are changing. This actually reflects one of the big paradoxes in the whole development agenda. The more successful we are at reducing poverty, the more we are faced with the problem of dietary change, which imposes stresses on the food system. 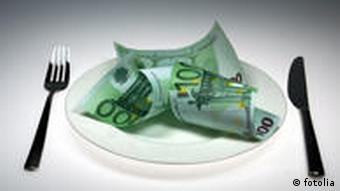 What I mean by dietary change is that the moment poor people have a little more income, they don't just eat a little bit more of what they were already eating. Instead, they eat better and shift to oils, fats, dairy products, meats and so on. Producing those kinds of foods is more demanding of water resources and spaces for agriculture and livestock.

So, we also need to be looking at how we can influence change in dietary patterns.

There are a number of salient environmental drivers behind food security like climate change, water or our coupling of food to fossil fuels. What's the most pressing problem that needs to be addressed in terms of the link between the environment and food security?

They're equally pressing, but I think in about a decade from now, we will probably not talk about food security without adding water to the same phrase - they are inextricably linked. The projections on how much more we have to grow in the next fifty years are quite frightening, and they have implications not just for the land area but very big implications for water.

Now that the world is already more urban than rural, demand for water will continue to grow, because urban demands for water quickly come in very sharp contrast with rural demands for water. And governments, which tend to live in cities, will have a very hard time balancing the increasingly vocal demands of urban, wealthy people versus the less visible demands of rural, poorer people.

There are many proposed solutions for addressing food security and increasing yields. A UN report in March argued that much could be done to raise productivity in the poorest countries by employing organic rather than conventional farming techniques in developing countries. Could you comment on that? 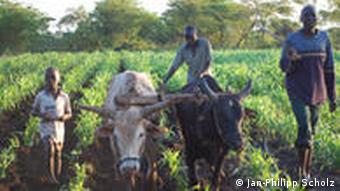 African farms are already by and large organic, Webb says

One somewhat flippant response would be that most conventional farms in developing countries are organic by definition because most farmers in Africa, for example, don't use inorganic fertilizer and don't use genetically modified crops. They use traditional methods, seeds and manure instead of fertilizer. But their yields, frankly, are very, very low.

Different techniques and approaches will do better in different contexts, depending on the soils and the climates, but I think we should be seeking incremental change. One of the reasons that urban areas are now overtaking rural is because people are leaving the land. They're doing so because the land is not very productive.

We're never going to reverse that, but if we are to stem that tide and grow more food at the same time, then we have to make agriculture more productive. Yes, sustainability and traditional methods matter, and they should be applied wherever possible, but that should not rule out at least considering additional options.

It's a boy! Or at least that's what we might expect when the 7 billionth member of the population of the earth is born later this year, according to data from the UN Population Division. (04.05.2011)

Stockpiling is not the solution for inflation and food crises

Experts warn that export bans and stockpiling is not the right solution for dealing with inflation. It will cause further food price hikes that could have severe negative effects on populations, particularly in Asia. (11.04.2011)

A link to the Earth Policy Institute's position on food scarcity

Click here to listen to the interview on food security